A Pace Layer Approach to Investing and Risk

jack
Small changes at the axis can cause enormous changes in layers further out. 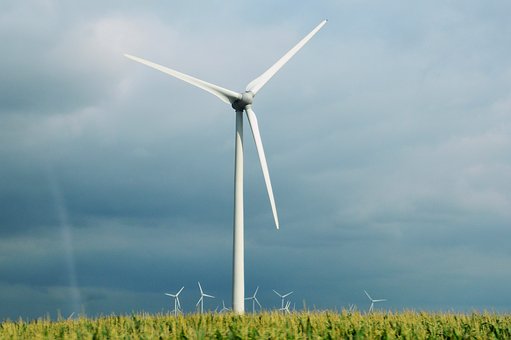 I have written extensively about the rising threat of environmental risks for investors.  Now The Wall Street Journal has caught up, calling the PG&E bankruptcy "the first climate-change bankruptcy", and positing that it won't be the last.  I wrote about PG&E back in November in a post about environmentally resilient portfolios.I believe the PG&E bankruptcy is small potatoes compared to the systemic environmental costs that are coming.In this post, I want to introduce a new way of thinking about investments that utilizes a framework for time and change called “Pace Layering”.  This framework enables the easy visualization of how small changes in the environment can cause large changes everywhere else.

While each layer moves at a different speed, they each have an impact on the other.  The impacts are not equal, for instance fashion's impact on nature may be trivial, but nature's impact on fashion is not.  (The entire rhythm of the fashion industry is geared around the four seasons.)Changes in the lower pace layers have large impacts on the higher levels.For instance, nature is very slow moving, however, if it were to make a faster move or one that was not beneficial to human life on Earth (which I would argue is already well underway), its effects on the higher levels would be large.You can think about this like the physics of a wind turbine.  Every part of the blade is turning at the same RPM, including the axis, which doesn't "move" at all (it just turns).  However, if you go all the way out to the tip of one of the blades, it is moving quite a bit.This is the difference in rotational velocity, which is constant all along the blade and axis, and linear velocity, which increases with distance from the axis.  The formula is:  linear velocity = rational velocity x distance from the axis.Thus, small changes in nature (at the “axis”) can cause enormous changes in layers further out, like infrastructure, commerce, and fashion.

PG&E Through the Pace Layering Lens

PG&E experienced the effects of a change in linear velocity in its Pace Layer.   In short, a change in nature (extreme drought and pervasive record high temperatures) led to the conditions that made downed power lines or sparks from transformers likely to start large and damaging fires.Small changes in nature led to large changes in infrastructure by destroying thousands of homes and communities, and then bankrupting PG&E.

To “translate” the Pace Layer Model to finance, I would put asset prices at the Fashion Level, and the assets in the Commerce and Infrastructure Levels.Every Pace Layer will be affected by changes in the environment.  There will be no escaping it.  Even for those firms not directly affected by environmental risks, the secondary effects will be non-trivial.  For instance, what will the cost of electricity be going forward in California if the entire power infrastructure has to be retooled?  Every business and household would be affected.Every firm must consider environmental risks and act accordingly.  Likewise, every investor must build an environmentally resilient portfolio.

A further implication is that if environmental risks become extremely large and pervasive, systemic risks may come to outweigh idiosyncratic risks.  That is, the risks of owning the entire market, such as the S&P 500 Index, would be higher than owning a small basket of stocks, providing the basket did not have those systemic risks.Another way of saying this is that investors may come to prefer exposure to potential company-specific risks to (what could be) certain systematic risks, if those systematic risks were large and highly probable.While this may seem far-fetched, and turns Modern Portfolio Theory on its head, it is entirely possible.  This would have profound investing implications, including stopping the index investing trend in its tracks.  I will explore this further in future posts.__________