In the near future, everyone will have a personal account at the Federal Reserve. 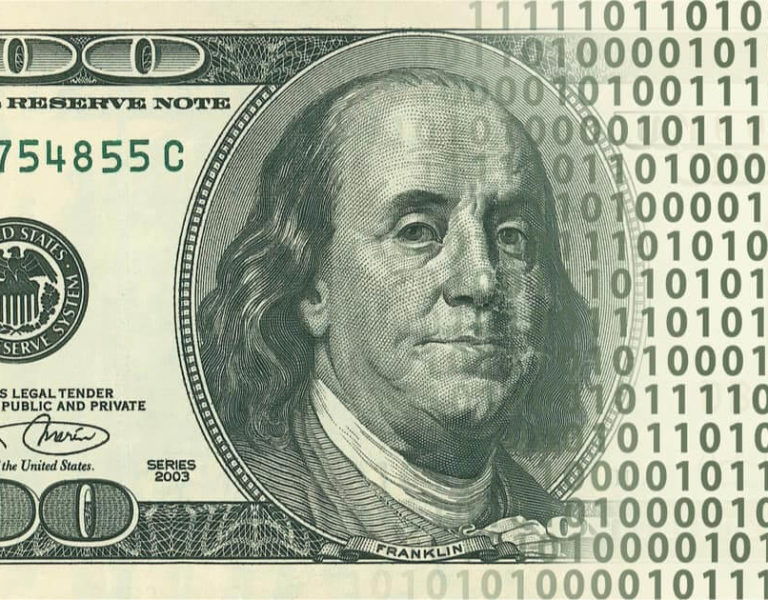 This is the second post in my cryptocurrency blog series.  The first post can be found here.

As I’ve discussed in other posts, the use of physical cash has been declining since peaking in 2008.  The coronavirus may put a stake through the heart of it.  Generally speaking, if you use a credit card for payment, no one touches it but you, that’s a serious competitive advantage in the age of coronavirus.

Cryptocurrencies are even less physical than credit cards.  Indeed, they aren’t physical at all.

Well before the spread of coronavirus, the shift away from physical cash was going mainstream, and by mainstream, I mean being contemplated by the global central banks.

The Rise of Digital Currencies

Digital currencies are coming, however, I’m not talking about Bitcoin and Etherium (those are already here), I’m talking about digital versions of the U.S. dollar, Euro, Yen, and Renminbi.

Central banks have seen the high utility of digital currencies and have joined the digital movement.    Indeed, in three to four years, every central bank will likely have a digital version of its own currency.

Digital currencies, known as Central Bank Digital Currencies (“CBDC”) are already in limited existence, and others are in the works.

In March 2018, the Bank for International Settlements (“BIS”) published a research piece on CBDCs.  In the report’s summary, the BIS wrote (in part):[1]

This was written more than three years ago.  The BIS, which is essentially a bank for central banks, was observing forces that have since strengthened, and giving a warning of things to come.  The “settlement efficiency for transactions involving securities and derivatives” is a massive market, with trillions of dollars in daily notional volumes.[2]

“Private digital tokens that are neither the liability of any individual or institution nor backed by any authority” sound superior to fiat currency also not backed by anything and being diluted at a record pace by the central banks.

From the central bank’s perspective, CBDC make a lot of sense in a world of helicopter money, universal basic income, and Modern Monetary Theory.

Instead of having to go through the incredibly laborious process of mailing checks or debit cards to people, why not just write a few lines of code and have the money appear in everyone’s digital wallet in the next instant?

One interesting implication of a digital currency is that the central banks could use it to disintermediate the money center banks.

That is, why would central banks want a middleman between themselves and the citizens of their country?  The money center banks are a huge bottleneck in the central bank’s efforts to control the economy.  Most glaringly is the general reluctance of banks to lend when the economy needs to be stimulated.

In effect, the central banks give money to the money center banks, who then sit on it, instead of lending it out to businesses.

With a digital currency, the central banks could sidestep the money center banks and just lend directly to businesses in their respective countries.

Chart 1, above, shows the simple steps to transacting in a CBDC:

In early May, China began trials of digital Renminbi in Shenzen, Suzhou, Chengdu, Beijing, and other cities.[4]  Furthermore, the Chinese government will also be paying some employees in the digital currency.[5]

In the U.S., the Federal Reserve is working towards the launch of an always-on money transfer service called “FedNow”.[6]  FedNow would allow the processing of real-time money transfers 24 hours a day, 365 days a year.[7]

While these transfers would be done in traditional U.S. dollars, the service seems to be a response to cryptocurrency transactions, which (like a credit card) are unconstrained by banking hours.  Once in place, this infrastructure could easily be used for a U.S. digital currency.

The Effect of CBDCs on Cryptocurrencies and Bitcoin

I believe the adoption of CBDC by the global central banks would be unambiguously positive for cryptocurrencies such as Bitcoin.

As the world gets more comfortable with CBDC (and I don’t think it will take long), cryptocurrencies will just be another currency that people hold.  Currently, the percentage of people who own Bitcoin is miniscule, and it is held primarily for investment purposes.

By the time CBDC become ubiquitous, Bitcoin use will have likely increased well beyond the current early adopters.  Even low levels of cryptocurrency acceptance by the general public would translate to dramatically higher Bitcoin prices.

These increases could easily extend to an order of magnitude or more.  Remember, Bitcoin already experienced a price increase of two orders of magnitude from the summer of 2015 through the end of 2017.