The Fed can buy all the assets they want, but it won't make any company or individual consume goods or services. 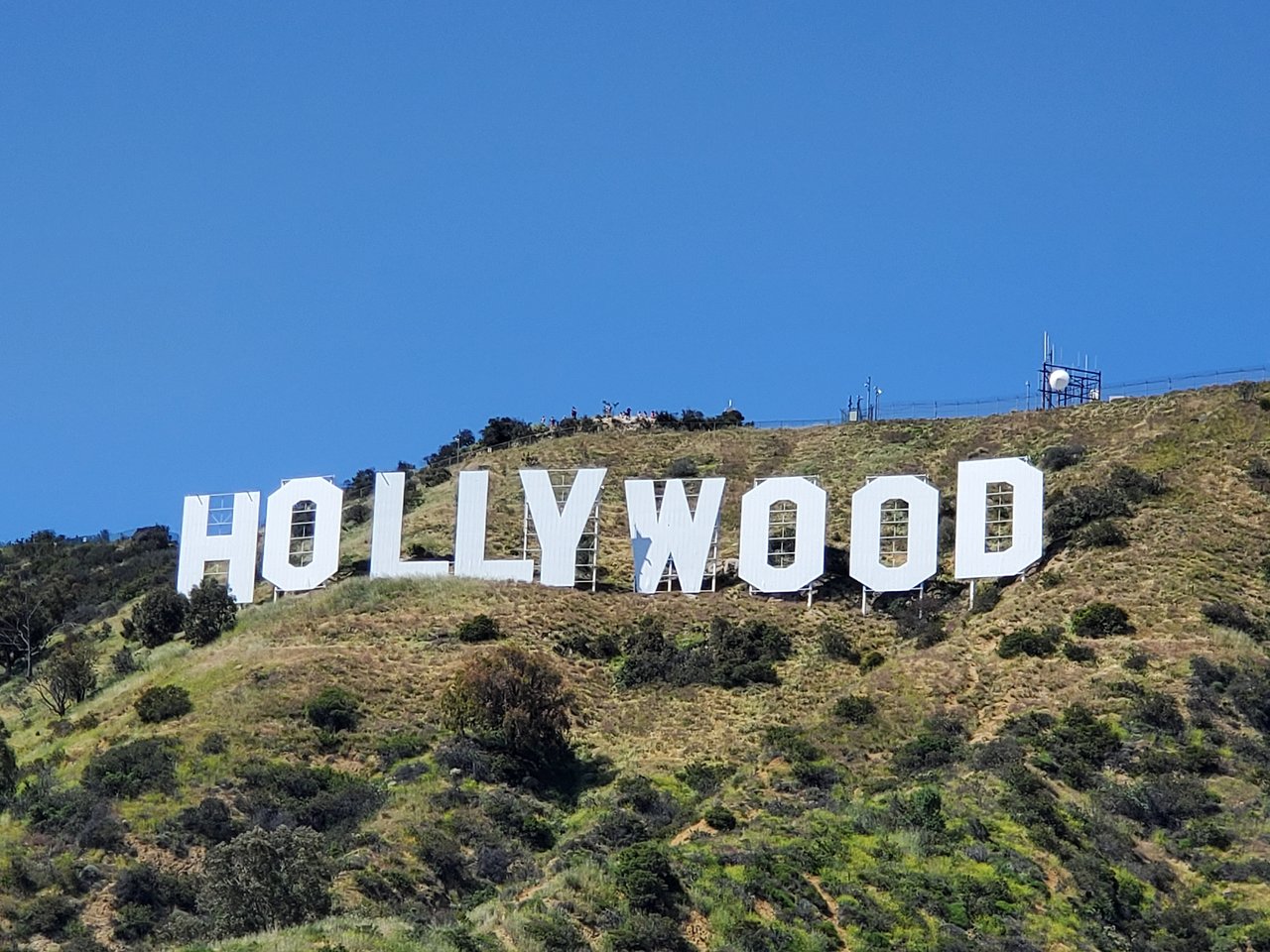 This is the fourth post in my coronavirus blog series.

Like most Americans, when I heard that theFederal Reserve were going to buy CLO's, municipal bonds, and junk bonds, I immediately took the whole family out for a huge meal at our favorite restaurant, bought a new washer and drier, pulled the trigger on redoing the kitchen, and booked a five-star vacation in Turks & Caicos.

And neither will anyone else.

The Federal Reserve Board, a group of unelected officials, who run an unaudited bank, have, in their wisdom, decided to buy speculative investments during the worst economic event in living memory and quite possibly in our country's history.

Spoiler Alert: They're doing it with your money, and all on leverage.

As outrageous as all this socialism for the rich is, the real crime is that it doesn't solve the problem at hand.

We are in the greatest demand shock since theRenaissance. The Fed’s asset purchases do nothing to create demand for goods and services.  Indeed, the linkages between asset prices and the real economy are very low, typically about 4.5 percent.[1]  This means that a dollar increase in asset prices only leads to 4.5 cents of incremental consumer spending.[2]

In the time of coronavirus, any asset price consumption linkages will be negative, as consumers see all their assets depreciate simultaneously.  For instance,Federal Reserve asset buying will not increase real estate prices.  Indeed, economist Danielle DiMartino Booth is predicting another 35 percent decline in home prices, which was last experienced during the Global Financial Crisis (“GFC”).[3]

In short, the Fed can buy all the assets they want, but it won't make any company or individual consume goods or services.  Did you, dear reader, buy anything on that news?  If not, when will you?  Your answers should give you deep insight into the efficacy of the Fed’s maneuvers and the fate of the U.S. economy.

The Obscene Outcomes of Socialism for the Rich

Taken to its logical conclusion, FederalReserve asset purchases will lead to some extremely perverse and obscene results.

For instance, you could have junk bonds trading at par when the issuing firms go bankrupt.

Take a moment to think this through.  This will mean that the speculators (who voluntarily financed firms that leveraged themselves to the point of insolvency) will have been bailed out by the U.S. taxpayer.

Not only bailed out, but profited handsomely, because the speculators will have earned all the interest on the junk bonds they bought, and received all their principal back, because the taxpayer took them out of their positions.

The taxpayer, in turn, will be left with a portfolio of defaulted junk bonds, purchased at par, that should rightly be trading at 20-30 cents on the dollar.

This is socialism for the rich.  The taxpayer gets the risk and the speculator gets the reward.

If this all sounds far-fetched, look at what the corporate bond markets did on Thursday after the Fed announced their new junk bond purchasing policy.  (In fairness, they did also promise to purchase CLOs, which are comprised of speculative corporate loans.)

In Chart 2, above, it can be seen that the HYG junk bond ETF price (the white line, top pane) is now trading over four percent above its Net Asset Value (the green line, top pane).  The premium can be seen in the red line in the bottom pane.  Put another way, theFed action has caused investors to not only pile into speculative bonds, but to pay a premium to what those bonds are actually trading at individually.

The Fed liquidity injections via a mania of acronymprograms has stopped the run on cash as everyone sold in the initial coronavirus panic.  This is a problem we have known how to solve for some 100 years.  In short, the Fed served as lender of last resort to all the various credit markets that seized up when everyone hit the exit at the same time.

Again, these action do nothing for the real economy and the collapse in demand. They only stopped the liquidity crisis.  No one is leaving their house because the bid-ask spread for treasuries came in.

What money is in the system is being hoarded by all players, including banks, corporations, and individuals.

The velocity of M1, which is actual physical money, has been in a steep decline for over a decade.  The coronavirus could well put an end to physical money.  Why use physical cash if touching it can kill you?  (This is another good argument for cryptocurrencies, which I will have more on in subsequent posts.)

The velocity of M2, which is M1 plus cash and checking deposits and money market funds, is also on the decline and will also likely collapse as entities and individuals hold onto cash for dear life.

This is what happens in a demand shock.  Instead of spending money, it gets hoarded in accounts, wallets, and cookie jars.  The result is that those who need money can't get it and they have to sell assets to meet their liabilities.

The selling part is known as debt deflation, first described by Irving Fisher and then perfected by Hyman Minsky, and is what needs to happen if we are to ever have a healthy economy again.[8]

In Chart 5, above, Total U.S. Commercial andIndustrial Loans (white line, right axis) have grown to all-time highs, while defaults on those loans (red line, left axis) are near all-time lows.  In the past three down-cycles, loans have declined by roughly 20 to 40 percent, and loan defaults have increased by roughly two to four times.  I would expect loan defaults to increase by at least five times from the current levels.

The Hysteresis of Low Consumption

"Hysteresis" is a word that economics stole from physics.

The literal translation from the Ancient Greek is: to occur after; later; to be behind; and deficiency or need.[10]

In economics, hysteresis is the well studied phenomenon that after a certain state as been achieved and remains for a while, it tends to continue. This is known in the old adage that "nothing succeeds like success".  Unfortunately, the opposite is true as well.

Hysteresis is frequently used to explain how unemployment in certain places, such as Europe, becomes persistent and resists change from policy responses.  It is how certain economic states of being become "structural", or baked into the cake.

The U.S. (and most of the world) is undergoing an employment shock.  Twenty percent, or more, of U.S. workers could become unemployed and many of them will remain that way for at least a year.

Hysteresis tell us that this may result in a permanently higher level of unemployment.

Why?  First, any recovery will take time, primarily because people are unwilling to die from eating out, seeing a movie, or getting on an airplane; second, some workers will become discouraged and give up looking for new jobs; and third, firms will realize that computers don't get the coronavirus and look to replace humans where possible.

All of these effects will be realized to varying degrees.

However, I am more interested in another hysteresis effect, that of consumption.

Irrespective of how long the quarantines and self-isolations last, consumers will have learned something that many of them did not know before:  they can get along just fine without spending money and they can do it for a relatively long time.

This is a key weakness of the leveraged post-GFC economy.  Ominously, it parallels the exact conditions at the start of the Great Depression.  In Galbraith’s brilliant accounting of theGreat Depression, he wrote: [11]

There seems little question that in 1929… the economy was fundamentally unsound.  This is a circumstance of first rate importance.  Many things were wrong, but five weaknesses seem to have had an especially intimate bearing on the ensuing disaster.  They are:

(Number one) The bad distribution of income.  In 1929 the rich were indubitably rich.  The figures are not entirely satisfactory, but it seems certain that the five percent of the population with the highest incomes in that year received approximately one-third of all personal income…

This highly unequal income distribution meant that the economy was dependent on a high level of investment or a high level of luxury consumer spending or both… Both investment and luxury spending are subject, inevitably, to more erratic influences and to wider fluctuations than the bread and rent outlays of the $25-a-week workman.

Consumers learning a new steady state of low consumption is not good for the economic recovery, whenever it comes.  Indeed, our whole economy is geared around consumers disbelieving that they can be happy without all the goods and services they see advertised on TV.

Furthermore, the world is going through atraumatic event and will have collective PTSD when it’s over.  Shell shocked people don’t make for good consumers.

As I wrote about in my previous post, post-coronavirus the whole world is going to embark on a balance sheet rebuilding exercise.  As Keynes taught us with “the paradox of thrift”, savings comes at the cost of demand.

Which brings me to the stock market.

The “Crash of 1929” actually lasted close to three years.  There was an initial panic, when the stock market declined 43 percent, then a roughly five-month relief rally of 46 percent, and then a grinding decline from the failed rebound of 83percent.

As I wrote in my last post, there were many rallies during the last leg of the decline, and they all should have been sold.

I believe the current market will also experience the grinding decline after the current relief rally fails.  I am not predicting an 83 percent decline from that point, although that has a non-trivial probability at this point.  (If we have a coronavirus relapse inNovember, then it becomes likely.)

Instead, I believe the market will decline at least 50 percent from its all-time high, undergoing a grinding decline that will break the hearts and finances of those who have been convinced to “buy and hope”.

How far this grinding decline goes is the only real economic and financial question. Ask yourself:  how can we have global depression-level economic data and a blink-and-you-missed-it stock market decline?

[2] If the rationale is for liquidity in the junk bond market, it is misguided.  Just because bond spreads are wide doesn’t mean the market is illiquid.  It just means that buyers are willing to provide liquidity at lower prices.  This is how markets are supposed to work.