Any loss of conviviality is a loss to the unwritten laws that allow humans to live and flourish together. 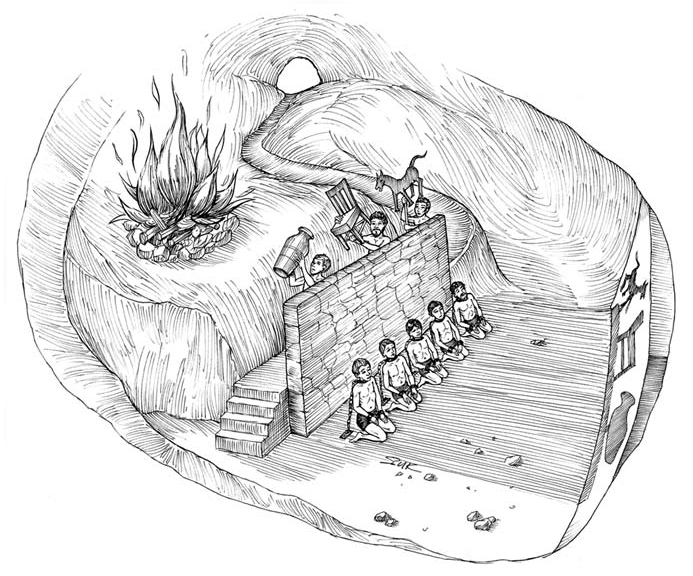 For 5,000 years of human history, humanity has been working on coming together.  Let us call this the process of becoming convivial.

This process, which, admittedly, has ebbed and flowed, has taken us from clawing out existence as individuals and small groups on the savanna, to tribes and nations.  It reached an apotheosis in the modern world of complex supply chains and easy international travel.

The entire world had become connected and convivial.

That, of course, has come to a full stop.

“Convivial” has its origins in two Latin words meaning to feast and to live.[1]  If you needed one word for what was has been lost in the coronavirus world, conviviality would be hard to beat.

If you add the face-to-face element to “negotiated with words”, I reckon that well in excess of 50 percent of GDP is convivial.  Basically, all of the service economy, including: education, health care, travel and tourism, law, and retailing, to name but a few, are convivial in nature.  Even if an industry is per se non-convivial, like commodities, then the sales aspect of it is.

Having lost conviviality, we are, in some ways, going back into Plato’s cave.  Recall that in this allegory, people were stuck watching shadows on a cave wall being cast by firelight and puppets behind them.  The reality on the cave wall was three times removed from reality.

Making it out of the cave and into the world of three dimension and color is the act of becoming enlightened.

Now it seems that we have gone back into the cave, somewhat literally, as each of us has sheltered in place.  Our cave wall is different.  Instead of watching shadows, we have Zoom calls.  If you add in a virtual background and some technical issues, they feel a few times removed from reality and very flat.

Out of the Cave

When we come back out of the cave, will we be enlightened?  In some ways, yes.  Most will have a new appreciation for the ordinary.  This way of seeing has been taught by spiritual masters from time immemorial.

In other ways, no.  One lesson that will have been learned is to be wary of the other.   Indeed, others have become dangerous and proper hygiene will mean avoidance of them.

The economy will change, and is already changing, in reaction to the coronavirus.

Until we have a widely distributed vaccine, conviviality is a threat.  The longer it goes, the more radical the changes will be and the more economic damage will be sustained.

Firms that have been built purely for a convivial world will struggle, if not fail.

The diminution, or any transformation, of the convivial economy will have profound implications for the structure of society, and our collective psyche, and none of them are good for employment.

No matter how the coronavirus unfolds from here, technology will be even more ascendant as we try to recreate the conviviality that once was, but in different forms, and at a distance.

For instance, the unmanned Amazon Go stores now look like the best physical retail model going.  They eliminate the one unavoidable face-to-face contact at other stores – checkout.  This model is not hard to replicate.  Any store or restaurant that used to offer face-to-face interaction can replace it with an app.

The Limits of Technology

Amazon can’t deliver a well functioning society or democracy, or a dozen other things humanity has evolved to need.  Ultimately, these things are good for business and when they break down, business goes away.  For instance, countries without the rule of law find it difficult to attract investment.

But the rule of law is part of the social contract, which, ironically, is essentially an unwritten law.  Any loss of conviviality is a loss to the unwritten laws that allow humans to live and flourish together.

Remember that human capital (each individual’s knowledge, experience, and training) is what makes us valuable to society.  However, if you put the most intelligent and skilled person on an island by herself, her human capital becomes mostly worthless.

Conversely, if you put a lot of smart people together, say in New York City or Silicon Valley, the returns to human capital are exponential.

Economic success can thus be seen as a social outcome and conviviality is what holds that together.