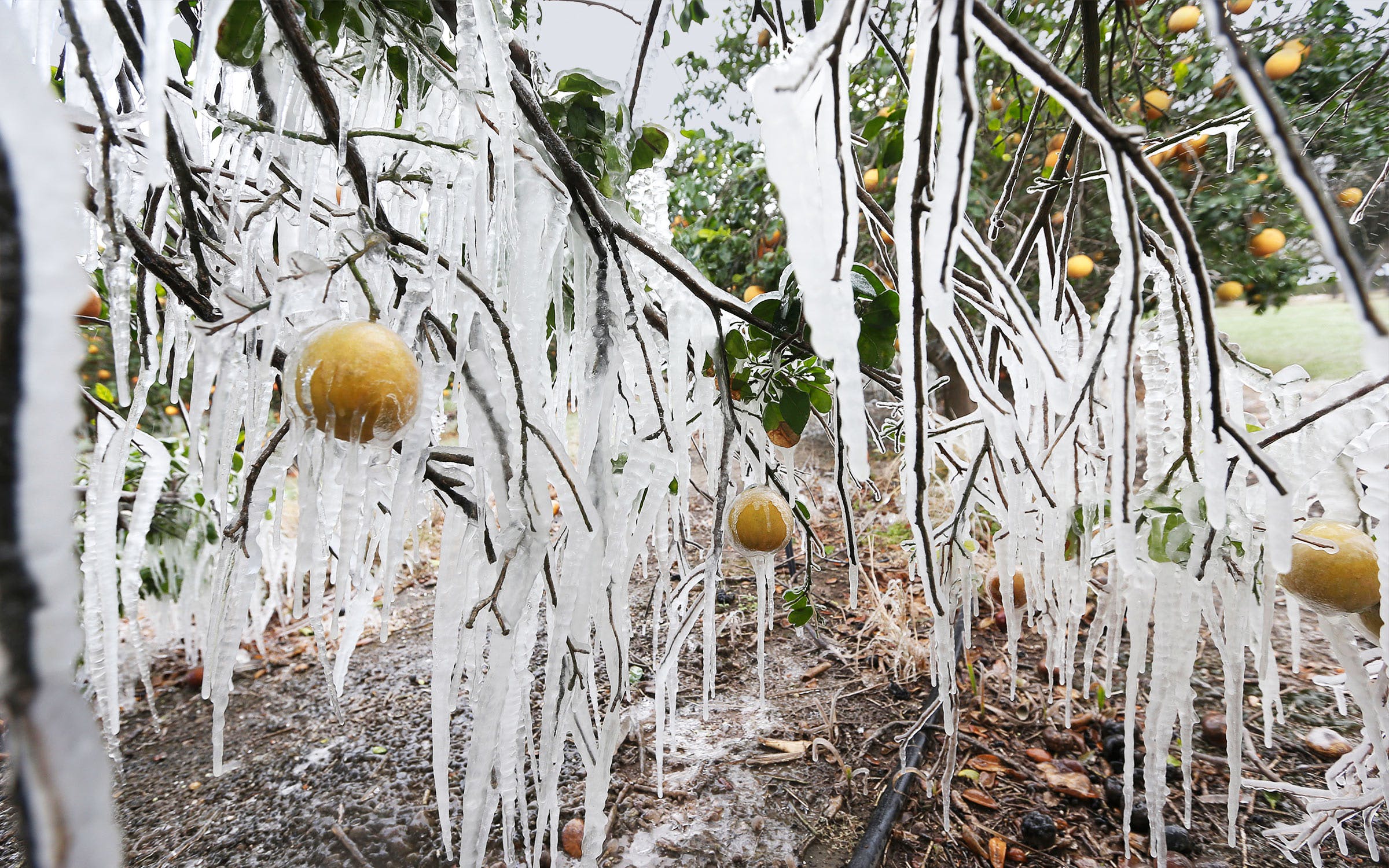 This post continues my series on environmental risks and their economic effects.  You can find the complete series here.

You can listen to the podcast of this blog post here or watch the YouTube video here.

In February, Texas went through a deep freeze that set low temperature records throughout the state.  Indeed, at times it was colder in Dallas than in Anchorage, Alaska.

About 5 million people lost power as the Texas electrical grid had a near total collapse.  Power was also lost in Louisiana, Ohio, Virginia, and even Oregon.[1]  These U.S. grid failures cascaded into Mexico where another 4.7 million homes and businesses also lost power.[2]

The extreme cold was caused by a polar vortex that pulled cold Arctic air southward and hit an electrical grid that was built for extreme heat, not extreme cold.[3]  It’s part of what Thomas Friedman calls"global weirding", the occurrence of strange weather events caused by global warming.[4]  Usually this weirding comes in the form of a switch to the opposite of the normal weather pattern, 100-degree temperature sin the Arctic, two-degree temperatures in Texas, etc.

As Texas turned into a frozen hellscape, oil and gas lines froze as well, preventing people from heating their homes, creating surreal images of families burning furniture in their fireplace to stay warm.

The damage done by this winter storm is estimated to be as high as $90 billion.  Enki Research estimates $35 billion in physical damage with $20 billion of that covered by insurance.[5]  Leaderhall Capital Partners estimates a$10-12 billion property reinsurance loss.[6]

A lot of that damage is from frozen water pipes that burst, thawed out, and then leaked, causing water damage.

Municipalities also suffered from electrical, oil, and gas price spikes.  The City of Corpus Christi, Texas acts as a gas provider for its citizens.  The City is required, by law, to pass on all gas costs to its citizens and the freeze increased those costs from roughly $1 million in January to nearly $40 million in February.[7]  This cost is equal to more than four percent of the City’s entire annual expenditures budget.[8]

If it had passed on the costs as normal, the average resident’s utility bill would have increased from $30 to $600 for the month of February.[9]  This would have been catastrophic for many of the City’s households.

In order to mitigate these costs, the City is issuing a $35 million privately placed bond to spread the costs out over the next seven to 10 years.[10]

An important question is whether climate change, global weirding, and these force majeure events are inflationary or deflationary.

I think the answer is both, depending on the timescale of the events.

If we have a smooth glide path of increasing costs from environmental degradation and changing weather patterns it will be inflationary.  (Remember, inflation is a general rise in prices.) If it costs more to protect a family, home, or business against new perils, that represents a general rise in the cost of living and doing business.

In theory, these increased costs should lead to higher wage demands (historically about half of inflation is due to wages) although it's not clear that will happen now due to the still-high unemployment from COVID.

In the aftermath of the Texas freeze, households and businesses will need to prepare for the next polar vortex by buying portable generators (or installing permanent ones), retrofitting houses and office buildings for freezing temperatures, and paying higher property and casualty insurance premiums as the carriers adjust their models.

These are all widespread, non-trivial, costs, and likely to be made over the next year, assuming the household or business can afford them.  (Many can't)

Alternately, sudden, catastrophic events can be very deflationary.  For instance, if a Texas resident had a monthly utility bill that went from $700 to $15,000, it's an economic shock and highly deflationary.  They can either pay the bill and drastically cut spending elsewhere for years, or they go bankrupt.  Either way, they cut spending.

Thus, it may very well be that in post-freeze Texas, the price of generators, firewood, stoves, and pipe insulation increases, and the price of other discretionary goods decreases.

Importantly, economic disasters don’t necessarily lead to a sustained increase in economic activity.  This is especially true if the area affected was not economically strong before the disaster.

A good example of this is Hurricane Katrina, which didn't lead to an economic boom in New Orleans.

Hurricane Katrina hit New Orleans in August 2005 and did $125 billion in damage.  After an initial spike of activity in 2006 to rebuild the city, per-capital GDP plummeted, and at the end of 2017 had still not recovered to its pre-Katrina level.

As I’ve written about here, individual investors should not own local or state municipal bonds from issuers where they live and work.  I view that as an unforced error that could lead to unexpected losses on the fixed income side of an allocation, just when the investor can’t afford it.

Separately, unregulated electricity markets have tended to end in ruin, both for customs and the companies themselves. (See Enron for details.)  Texas has learned this the hard way and now the same Republican congressmen who championed deregulated utilities are introducing new regulations.[11]

As we move into a future where everything is electric, public utilities will take on more importance, as will their reliability.  This should be a great leap forward for U.S.energy independence as all our electrical power needs can be provided from domestic producers.

At the same time, this shift will require a significant investment in energy infrastructure, which will be very investible.