While climate shocks tend to get the headlines, changes in climate trends are more damaging. 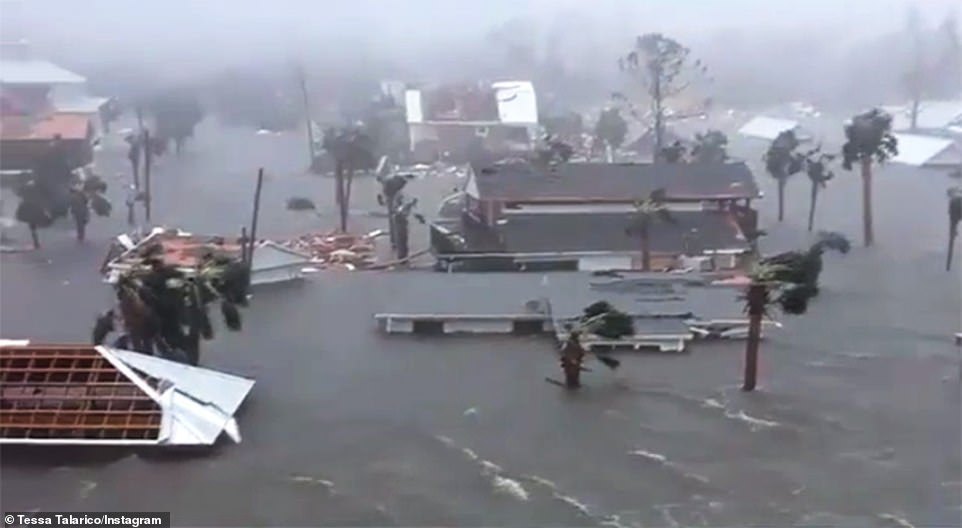 Environmental risk is rising.  As I write this, Hurricane Michael has just laid waste to a 200-mile swath of the Florida panhandle.

On October 8, 2018, the UN Intergovernmental Panel on Climate Change (“UNIPCC”)  issued a report which was commissioned at the December 2015 Paris Agreement.  The objective of the report was the evaluate the effects of global warming of 1.5 degrees above pre-industrial levels.  The report was prepared by 91 authors and review editors from 40 countries and cites more than 6,000 scientific references.[1] The UNIPCC press release tell us what is already self-evident:[2]

“One of the key messages that comes out very strongly from this report is that we are already seeing the consequences of 1°C of global warming through more extreme weather, rising sea levels and diminishing Arctic sea ice, among other changes,” said Panmao Zhai, Co-Chair of IPCC Working Group I. “The good news is that some of the kinds of actions that would be needed to limit global warming to 1.5ºC are already underway around the world, but they would need to accelerate,” said Valerie Masson-Delmotte, Co-Chair of Working Group I.The report finds that limiting global warming to 1.5°C would require “rapid and far-reaching” transitions in land, energy, industry, buildings, transport, and cities. Global net human-caused emissions of carbon dioxide (CO2) would need to fall by about 45 percent from 2010 levels by 2030, reaching ‘net zero’ around 2050. This means that any remaining emissions would need to be balanced by removing CO2 from the air.“Limiting warming to 1.5ºC is possible within the laws of chemistry and physics but doing so would require unprecedented changes,” said Jim Skea, Co-Chair of IPCC Working Group III. (Emphasis added)

The Long Emergency and Threat Multipliers

While climate shocks tend to get the headlines, changes in climate trends are more damaging.  As temperatures continue to rise, costs associated with mitigating the direct and indirect consequences will rise with them.  For instance, one of the effects of extreme heat is a debilitating environment that negatively impacts the ability for humans to work, crops to grow, cars, trucks, trains, and planes to function, athletes to play sports, and infrastructure to function.The ongoing debilitating conditions are what James Howard Kunstler calls “The Long Emergency”, which he wrote about in his eponymous book.[3]  Dealing with the long emergency will not be cheap or smooth.  Indeed, it will likely necessitate continuously increasing amounts of capital punctuated by spikes caused by climate shocks.Further, a debilitating environment creates what the Department of Defense calls a “threat multiplier”.  The 2014 Quadrennial Defense Review stated:[4]

The pressures caused by climate change will influence resource competition while placing additional burdens on economies, societies, and governance institutions around the world. These effects are threat multipliers that will aggravate stressors abroad such as poverty, environmental degradation, political instability, and social tensions – conditions that can enable terrorist activity and other forms of violence. (Emphasis added)

Those additional burdens and stressors sound remarkably like what the US is undergoing right now.

Municipal bond credit ratings agencies such as Moody’s, S&P, and Fitch have barely given lip service to these risks of climate change. For instance, a November 28, 2017 Moody’s report on climate risk stated:[5] The report differentiates between climate trends, which are a longer-term shift in the climate over several decades, versus climate shock, defined as extreme weather events like natural disasters, floods, and droughts which are exacerbated by climate trends. Our credit analysis considers the effects of climate change when we believe a meaningful credit impact is highly likely to occur and not be mitigated by issuer actions, even if this is a number of years in the future.

Climate shocks or extreme weather events have sharp, immediate and observable impacts on an issuer's infrastructure, economy and revenue base, and environment. As such, we factor these impacts into our analysis of an issuer's economy, fiscal position and capital infrastructure, as well as management's ability to marshal resources and implement strategies to drive recovery. Extreme weather patterns exacerbated by changing climate trends include higher rates of coastal storm damage, more frequent droughts, and severe heat waves. These events can also cause economic challenges like smaller crop yields, infrastructure damage, higher energy demands, and escalated recovery costs. (Emphasis added)

As I have written about here, municipal bond ratings are not to be trusted. Climate change risks are a clear and present danger, not some future possibility, as the Moody’s report seems to imply.Investors need to adjust their portfolios now, not after Moody’s comes with the after-the-fact downgrades.  For example, Moody’s is still rating many coastal New Jersey municipal bonds as AAA.[6] This is ridiculous.

As I have discussed here and here, the traditional way of looking at diversification is unable to deal with environmental risks. These methods consider human capital, income streams, real estate, and investment assets as separate. This is true only under the most naïve assumptions.These seemingly independent and uncorrelated assets can appear separate, but environmental risks can cause them to all decline precipitously at the same time. In my next post, I will discuss common exposures to environmental risks and ways of mitigating them. To access the podcast version of this and all my blog posts, please visit iTunes.

[5] The original Moody’s report: Environmental Risks – Evaluating the impact of climate change on US state and local issuers, is available behind a paywall; November 28, 2017.  Available at:  https://www.moodys.com/research/Moodys-Climate-change-is-forecast-to-heighten-US-exposure-to--PR_376056; Accessed October 10, 2018.