MMT creates zombie companies that are enabled to drag their dead legs around and gnaw on the capital that should go to corporations that would replace them. 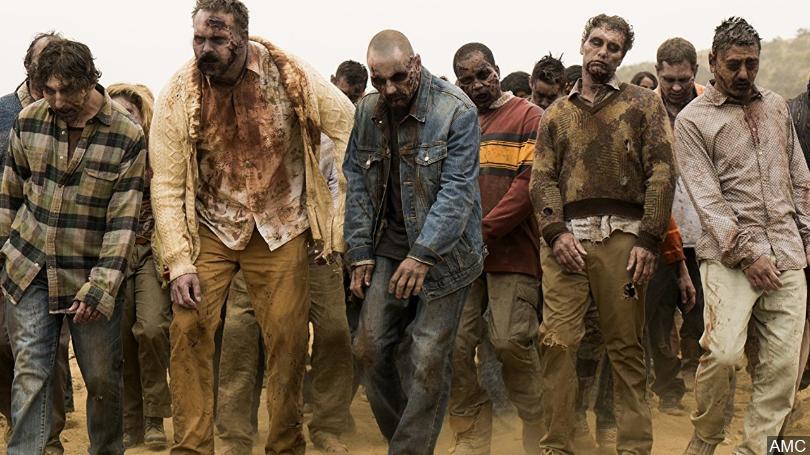 This is the third post in a series on ModernMonetary Theory.  The first post introduced the theory, the second critiqued it, and this one explains the investment implications.

As discussed in my previous post, MMT is deflationary, not inflationary, so it should lead to lower interest rates.  I believe theJapanese and EU experiments with monetary stimulus and asset purchases have born this out.

In the chart above, the Nikkei 225 Index is the white line, the red line is Japanese government debt, and the green line are the assets on the Japanese Central Bank Balance sheet.

If the goal has been to inflate the Nikkei 225, the increased debt and asset purchases have been an abject failure.  Furthermore, it hasn't reduced volatility in the Nikkei 225 either.

If the U.S. continues to implement more MMT-style policies, it is long-term bullish for U.S. bonds all across the curve.  Since Germany and Japan have negative 10-year government bond interest rates, the U.S. is the last man standing.

Another way to think about it is that the entire world is exporting deflation to the U.S.  As a deflation importer, the U.S. will ultimately succumb and undergo deflation itself.

It will do this by unleashing its own version of MMT as a kind of retaliation in a global competitive interest rate suppression regime.

In short, if all our competitors are suppressing interest rates, it is essentially a government subsidy and competitive advantage for their corporations, which can borrow at lower rates.

The U.S. is punished for being the lone high interest rate developed country.

There are also tremendous secular deflationary forces at work in the U.S., including: demographics, technology, pension and health care costs, and environmental risks.  I have examined those forces and how they affect municipal bonds in a blog post here and my book, here.

These forces all provide consistent downward pressure on interest rates.

Lastly, MMT in all its forms is a killer of productivity and growth.

By suppressing interest rates and supporting the bond market, efficient capital allocation is inhibited and mal-investment rules the day.  (ThinkSears.)  This favors large companies which can finance their operations with extremely low interest rates.  If the cost of capital were higher, many of these companies would disappear as they would be unable to earn a return higher than their cost of capital.

This inhibits innovation and depresses productivity growth, which is a large driver of earnings and GDP growth over the long-term.

Growth is suppressed by lower innovation and by the increasing amount of debt service required, which crowds out other investment, which further depresses productivity growth.  This is a seriously negative feedback loop and should be avoided at all costs. (Unfortunately, we are already there in many respects.)

A good example of how damaging these consequences can be is Japan. Despite being a global leader in robotics, Japanese total factor productivity growth (which takes into account both capital and labor) has been in serious decline since the early 1980’s.

It's not clear to me how MMT will affect the price of gold.

Gold has a unique trait of being a counter party-fee asset.  That is, as a gold owner, you don't have to worry about the performance of someone on the other side of the trade, such asa central bank debasing the currency. This is the strongest argument for gold in a world full of befuddled central bankers with few weapons at their disposal.

The price of gold generally increases with money printing, as investors flee to a secure store of value.  In a full-on Mugabe-style money printing operation, gold is a great store of value, as are diamonds, cars, shoes, bread, and toilet paper.  Basically, you want to get rid of the fiat currency as quick as you touch it, as it is an ice cube that will melt in your hand.

However, in a deflationary environment, gold tends to decrease in price. The opposite dynamics are in play. The prices of goods are going down in fiat currency terms, so you delay purchases and hoard the currency, which will buy you more gold, diamonds, cars, shoes, bread, and toilet paper tomorrow than it did today.  It’s more like bread dough in your hands that gets bigger as you hold it.

Gold also faces new competition from Bitcoin as a store of value, which may be why gold has not gone significantly higher than the current $1,300/ounce range.

In the short-run, and maybe the intermediate-term, equities can be helped by MMT, and all the associated central bank interest rate manipulation, asset purchases, Trump trade deal tweets, and CNBC propaganda.  In the long-run, MMT is an equity return killer.

MMT creates multiple forms of collateral damage to the economy, including:

All of these are equity return negative in the long-run.

As discussed above, MMT creates zombie companies that are enabled to drag their dead legs around and gnaw on the capital that should go to corporations that would replace them.  The low cost of capital (which primarily benefits larger companies) greatly inhibits innovation, which would normally occur under the "creative destruction" that Schumpeter envisioned in capitalist societies.

Instead, you get “destroyed creativity”, which is just another way of saying productivity declines.

The initially artificially low volatility and interest rates also force investors out on the risk curve into places they should not be.  When the MMT regime ultimately loses the handle on the economy, investors are disabused of the notion that prices only increase.  Thus enlightened, they sell, all at the same time, resulting in a crash.

Volatility depresses returns because of the way investment math works. If your investments decline by 50 percent, you need a 100 percent return just to get back to even.  Because a 100percent return could take five to 10 years to realize, investors can go a decade and have zero asset growth to show for it.

Anyone who retired in December1999 knows how this works.  Twelve years later, an investment in the S&P Total Return Index would have grown by 5.72percent, or 0.48 percent per year.

If that retiree was making even modest withdrawals, they saw their assets severely degraded.

Growth becomes constrained because of the increasing share of debt service crowding out other uses of capital by governments, corporations, and individuals.

As Japan before us, under MMT, the U.S. economy will be on a glide path downward to one percent real GDP growth with the same or more volatility in markets as before.

As discussed in my last post, monetary stimulus is a failed experiment.  It is, at best, a blunt instrument with a highly ineffective transmission mechanism to the real economy.