One Coin to Rule Them All 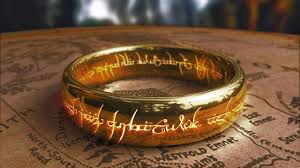 There’s a chart that has been making the rounds of Bitcoin versus the Dollar/Lira exchange rate. Since the U.S. stock market bottomed out on March 23, 2020, the two have traded very closely.

Chart 1, above, shows how the price of Bitcoin (yellow line) has moved in tandem with the Turkish Lira (white line). As the Lira has depreciated (Dollar/Lira has risen), Bitcoin has appreciated. Thus, it would appear that Turkish citizens have been selling Lira and buying Bitcoin as their currency has undergone an accelerating depreciation.

This should be no surprise.  Bitcoin is the hardest currency in the world and is only getting more so. The Lira has had a sharp depreciation and appears to be heading for even sharper break as the Turkish government has runout of U.S. dollars and has exhausted its resources to support its currency.

Bitcoin has always been a great alternative to the currencies of failed or failing states such as Venezuela and Argentina. Also, any country that has currency and/or capital controls has also seen a surge in Bitcoin popularity.  (China is a good example, although the CCP has effectively shut down conversion of Renminbi into Bitcoin.)[2]

Turkey, however, represents a new step in rise of Bitcoin.  Despite having an erratic president in Recep Erdogan, Turkey is a significant player on in the world economy, with $2.2trillion in 2017 GDP (purchasing power parity).[3] This makes it the 19th largest economy in the world.[4]

Chart 2, above, shows how, in the past five years, Bitcoin (white line) has appreciated by 5,142 percent while the Bolivar, Lira, and Argentinian Peso have declined by 99.85 percent, 60 percent, and 87.39 percent, respectively.

I predict this trend will continue with other top 20 economy currencies experiencing significant declines while Bitcoin appreciates. Eventually, Bitcoin will come for the Yen, Euro, and U.S. Dollar, as developed economies embrace MMT and follow the path blazed by noted economist Robert Mugabe.