The changing future is very much investable, and significant returns will be available for those who position themselves for it. 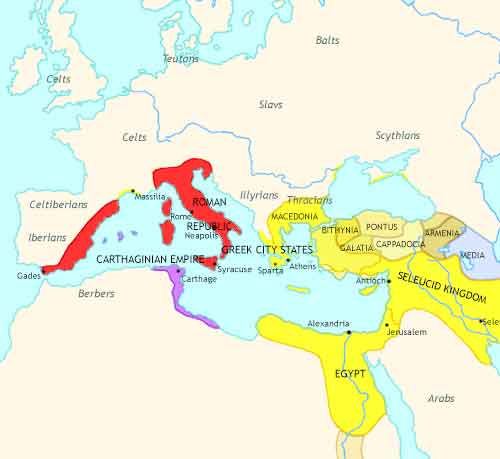 The Brave New Investing World paradigm is underpinned and propelled by the existence of a fading hegemon, the United States.  This does not mean the U.S. will collapse any time soon, indeed, the U.S. could continue to flourish for quite some time.  For instance, the U.K. did not sink into the sea after the sun finally did set on the British empire, though it is a shadow of its former self.

The transition from a world with a hegemon creating the conditions for globalization and integration to one of polyarchy, regionalization, and disintegration, will not be smooth.  In many ways, the whole world is playing a game of Colonel Blottoagainst the U.S.  We will lose this game, the only question is, how fast?

In short, we are headed for a multi-polar world, where the U.S., China, and Russia, and to a lesser extent other nations, square off.  Bi-lateral agreements will be the rule and partners will almost certainly be rivals and competitors at the same time, but in different domains.

If the globalized world order that briefly flickered to life in 1989 and began fading in 2001 was a game of checkers, we are now playing chess, and will be playing three-dimensional chess soon.

One of the big questions is whether the U.S. will fall into the ThucydidesTrap, which posits that eventually a rising power like China will get into a fight with the reigning power, the U.S., usually sparked by commitments to third parties such as ArchdukeFerdinand.  This has happened 12 out of the 16 times the setup has occurred throughout history.  For a loose historical analogy you can think of the U.S. as Rome, China as Macedonia, and the EU as Carthage.

The threat of “mutually assured destruction” kept the Thucydides Trap at bay as the Soviet Union was challenging the U.S.  However, the Soviets didn’t have TenCent and Alibaba, instead they brought the world the Moskvich 408 and all-day lines for toilet paper.

Separately, all state actors will play against a common enemy, global warming.  The increasing costs of environmental degradation, destruction, and damage caused by the continuing Long Emergency will be punctuated by extreme weather events and the shock of their remains.  If you think this is hyperbole, take a look at the chart below, which shows how New Orleans never recovered from HurricaneKatrina in August 2005.

Many more cities will suffer the fate of New Orleans, either from extreme weather events or other forms of environmental stress, such as running out of water.  For instance, MexicoCity, CapeTown, and now 21cities in India are all experiencing extreme water stress.

These environmental stresses will also effect entire regions, which is what is happening in CentralAmerica.  There is now what is called theDryCorridor that has engulfed Guatemala, Honduras, El Salvador, and Nicaragua.  The Dry Corridor is a combination of long periods of extreme drought and short periods of extreme rain and has destroyed the growing conditions for coffee (the largest cash crop) and subsistence farming of maize, beans, sugar cane, and rice.

The result?  Climate refuges heading north to Mexico and the U.S.

As we continue through the early stages of this transformation, the world finds itself in a precarious financial state.  In reaction to theGlobal Financial Crises, developed nations around the world issued unimagined amounts of debt while their Central Banks purchased much of it along with, corporate debt, and even equities.

The record low (and now over$12 trillion of negative) interest rates on sovereign debt that resulted from these actions have spurred the inflation of financial assets, but only engendered moderate global growth, and, most damning, caused soaring wealth inequality.  Now the natives are restless and populism is rising as strongmen the world over repeat a nationalist creed that carries the unmistakably stale whiff of Bavarian beer hall.

In their wisdom, globalCentral Banks have exhausted the traditional toolkit for addressing the next cyclical economic decline.  This is why MMT and other extraordinary measures have been floated now, in order to manufacture consent later.

Corporations, not to be outdone, have also embarked on a record debt binge, using the proceeds (either directly or indirectly) to buy back their own stock, adding to market distortions.

Finally, as the hegemonic world disintegrates into a multi-polar free-for-all, the number of players is actually much larger than it appears. Giant multi-national corporations now walk the earth and exert tremendous power on both state actors and their constituents in a virtualized manner.  That is, without having to field a military.

As the U.S. and U.K. have discovered, the tools of some of these giant corporations can be used by adversaries, as Russia did with its social media election influencing campaigns.  Indeed, the election of Donald Trump and the passing of the Brexit vote were both heavily influenced by “vote hacking”.  These quasi-active measures have helped throw both countries into disarray, with each fighting internecine wars of extreme enmity, and neither focused on Russia. Mission accomplished.

Most will remember the bumbling politicians who couldn’t come up with one decent question for Mark Zuckerberg in his Congressional testimony.  Those days are gone.  Now even the most technologically illiterate among them have figured out that major elections can be bought for a modest ad spend on Facebook and Google and a few servers running Twitter bots.  Look for new fronts to be opened on the giant tech and media monopolies, with breakups on anti-trust grounds as the denouement.

The Brave New Investing World will look a lot like the feudal world, with many fiefdoms, fragmented power, militias, and strange bedfellows that come together and separate as exigencies dictate.  Big fights will be fought by small actors in proxy wars and multiple undeclared cold wars will be waged in cyberspace.

Infrastructure will be the target of many of these attacks and casualties will be counted in the billions of dollars of business interruption costs.

The investment implications of the Brave New Investing World paradigm are profound.

While this may all sound dour, it is not.  It is just the reality that the future will be a lot different than the recent past.  Is that such a radical proposition?

This changing future is very much investable, and significant returns will be available for those who position themselves for it.  However, many of the strategies that worked over the past decade will almost certainly not work over the next.

In future posts, I will examine some of the secular investment implications of the Brave New Investing World.