The Coming Infrastructure Plan for the U.S. Economy

Western governments are about to steal the central planning playbook from China. The plan is infrastructure spending. 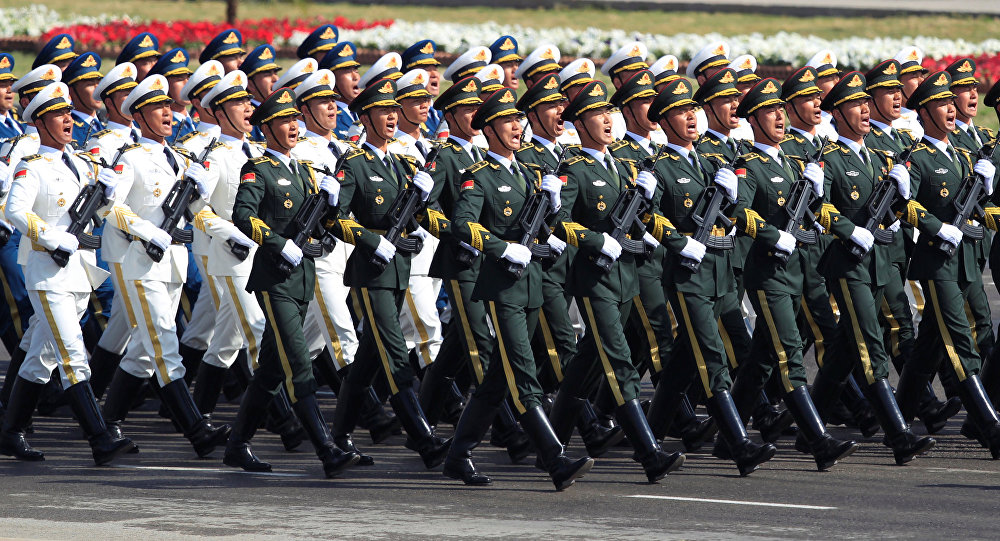 Much ink has been spilled bemoaning how Europe and the U.S. will become"Japanified", but pundits have missed the geographic mark.  The U.S.will become China, with Japanese characteristics.

Global leaders must marvel at the high growth rates that China has been able to sustain for the past 20 years.  And although this growth is slowing, it is still two to six times that of other similar sized economies.

The economics profession has been mostly silent on this phenomenon as it puts the lie to every theory the mainstream discipline stands upon. In short, a centrally-planned economy that crushes all free-market economies for decades is an outlier that must be avoided at all costs.

Unlike economists, governments don't have the luxury of believing in the tooth fairy, they have to deliver for their people.  And the governments of the U.S. and Euro area are going to embrace the China model.

While China has stolen nearly every technology it sells back to the West, it has not stolen the neoliberal economic model, choosing instead to adopt a bastardized version of capitalism.  In the Chinese version of “capitalism”,everything is at the whim of the Chinese Communist Party (“CCP”).  If the CCP wants capitalism to flourish in a certain industry, they let it run.  If they want to control all the assets, capital flows, and assets of that industry at any time, they do.

Western economies are about to steal back from China.  However, they won’t be stealing back their pirated IP, instead they’ll be stealing the central planning playbook.  The government is the central part, and the plan is infrastructure spending.  This doesn’t mean we’ll all be wearing fur hats and goose-stepping down PennsylvaniaAvenue for missile parades.  It just means the government will become a bigger part of the U.S. economy.

Historically, U.S. government spending as a percent of GDP has consistently been in the mid- to upper-30 percent range.  For instance, it was around 34 percent of GDPin 1971 and about 38 percent in 2017.  The highest was 43.3 percent in 2009, in the wake of the Global Financial Crisis (“GFC”),but that was from the denominator, GDP, shrinking, not because government spending increased by so much.

Indeed, President Obama wanted over a trillion dollars in fiscal stimulus but only got $787 billion, and even that was a death match with no Republican congressmen and only three Republican senators voting for it.[1]  (My how things changed, almost all Republican congressmen voted for the pro-cyclical Trump tax cuts coming eight years after the economic expansion.)

Chart 1: U.S. Government Spending as a Percent of GDP[2]

The trend, however, has clearly been upward, with higher lows and higher highs. I believe it is set to make a phase-shift to a permanently higher level.  First to the 40-45 percent range and then possibly to the 45 to 50 percent range.

To put U.S. government spending in comparison, in the EuroArea it averages 46.8 percent of GDP per country.  By this measure, the U.S. has plenty of room to increase government spending, and since no one even pretends to worry about the debt or deficits anymore, the money is there.

First, global growth is slowing.  In particular, China, which has been the world’s growth engine, is slowing.  Recently, the Chinese economy has been growing at about six percent, which is well below the eight percent (or higher) seen in recent years.  This has reduced global growth by roughly$250 billion per year.

All this slowing global growth is occurring despite negative interest rates and massive amounts of central bank quantitative easing for the past 10 years.  Which is the second reason for increased government spending in the U.S. and Euro zone: the grand monetary experiment of the past 10 years has been an abject failure.

With the exception of the Global Financial Crisis (“GFC”)and its immediate aftermath, monetary policy has given us the slowest economic recovery on record.  It has also enriched the rich and done nothing for the middle-class and poor, exacerbating wealth inequality and causing a global epidemic of populism.  (I know that U.S. unemployment is at a 50-year low. However, unlike the BLS, I don’t count full-time employment with health and retirement benefits and driving for Uber as equivalent “jobs”.)

The 99 percent of people who have not enjoyed the central bank inflation of their financial assets are not amused.  In fact, they are enraged, and literally in the streets, worldwide.

Politicians will respond to global populism in the most atavistic way, they will pay the people off. And they will do it through infrastructure spending.  Instead of bread and circuses, it will be bridges and tunnels.  This is a good thing.  Infrastructure spending is labor-intensive, and necessary local. (It can’t be outsourced.)  It puts money in the hands of people who will spend it, creating jobs, increasing wages, and stimulating the economy.

Further, as it turns out, infrastructure spending is something we can all agree on.  In the U.S., everyone knows our infrastructure is a disaster.  The last two national infrastructure report cards gave the country grades of D+.[7]  The U.S. is a first world country with second and third world infrastructure that was built 75 to 100 years ago.

Our dilapidated and failing infrastructure is no joke.  Collapsing bridges kill people.  All the potholes are a tax on drivers, who have to pay for blown out tires, bent rims, and higher insurance payments as well as the time cost of traffic delays and missed work.  Worse, it is a regressive tax, hitting the poor and middle-class disproportionately hard.

Every man on the street wants better infrastructure, and the politicians on both sides of the aisle know we need it.  For instance, the Senate Environment andPublic Works Committee just passed a $287 billion bill entitled "America'sTransportation Infrastructure Act of 2019.[8]  The vote was 21-0.

If it becomes law, the bill allocates $287 billion from theHighway Trust Fund over the next five years to modernize the U.S.transportation systems to make them more resilient to natural disasters.

Of note is that this unanimity has occurred during the most vitriolic political environment in several generations, and at the same time Congress was impeaching the President.

Dissent at the Central Banks

Even the central bankers are in revolt against the continuation of monetary policy insanity.  In a rare bit of self-reflection, they can see their own failure and unintended political consequences and desperately want to hand the baton back to their respective governments for fiscal stimulus.

Of course, the central banks stand ready to buy any government debt that investors don't want to buy, which is the “Japanese characteristic” of our Chinafication.  (This is now known as Modern Monetary Theory, or “MMT”.)

When the baton does get handed back to governments, the stimulus of choice will be infrastructure spending.  (All the talk about “universal basic income”is Silicon Valley science fiction.  No need for pearl-clutching.)  In Mario Draghi’s last days as ECB President, he plead for fiscal stimulus, saying it was “high time for fiscal policy” to take charge in shoring up the economy.[10]

Likewise, amongst Christine Lagarde’s first comments as the incoming ECB President, she called “for a new policy mix, saying public investment should be stepped up to ease the burden on monetary stimulus and ensure the region can thrive in an uncertain world.”[11]

In the UK, even the conservative Boris Johnson ran on a policy of increased government spending.  The Wall Street Journal had this to say: “Public spending is back in vogue, even among some parties on the right with a traditional zeal for balanced budgets and a mistrust of big government.”[12]

In short, global growth is slowing, monetary policy has failed, infrastructure is in dire need of repair, replacement, or upgrades, and there is no one standing in the way of just printing the money to pay for it all, indeed, the intellectual pump has been primed for it with MMT.

In subsequent posts, I will develop the infrastructure thesis further and its implications on U.S. and global growth and inflation.  (Hint: growth will be low and inflation will rise.)

[6] A Year of Protests Sparked Change Around the Globe; Alan Crawford; Bloomberg; December 6, 2019.  This map understates the amount of protests, for instance, there have been large and persistent protests in the U.S. in 2019.