In a Participant Ponzi, the participants play the role of the “fraudster”. 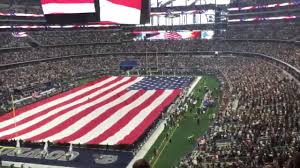 In a traditional Ponzi scheme,early investors are paid out with later investors investment flows.  As the number of investors grows, it requiresmore new investors to pay out earlier investors when they liquidate theirholdings to realize their (unknowingly fraudulent) gains.

In this way, the flows into theinvestment are critical to keep the Ponzi going.

In the stock market, the flowdynamics are the same as in a traditional Ponzi scheme.  For the sage advice of "buy low, sellhigh" to work, later investors have to stand ready to take out earlyinvestors who are selling.

The difference is that in a truePonzi scheme, there is nothing real behind it. The Ponzi promoter is a fraud and the so-called investments are a fraud. In the stock market, there are realcompanies with real assets and cash flows behind the investments.

A "normal" stock marketis what I would call a participant market and not a Ponzi.  It is still subject to the same flow dynamicsof a Ponzi scheme, but if it has discriminating buyers, freely fluctuatingprices, viable alternatives, and no supply constraints, it will police itselfbecause participants won't trust it. They can, and will, go elsewhere if better opportunities arise.

Because of these constraints, a"normal" participant market fails periodically, and investors arereminded that it is not to be trusted.

I want to keep these flow dynamics in mind as Iintroduce the idea of a “Participant Ponzi”. However, before I explain what a Participant Ponzi is, we must firstmake a short detour to examine the greatest Ponzi scheme of all time.

The most famous Ponzi scheme wasrun by the eponymous Charles Ponzi.  Init, he was promising 50 percent returns in 45 days.[1]  To pull off such remarkable “returns”requires exponentially larger flows into the scheme in order to redeem earlierinvestors.

This is the pattern of most Ponzischemes and the reason they all ultimately blow up, usually in shortorder.  Once the inflows becomeoverwhelmed by the outflows, it’s over.

However, Bernie Madoff invented abetter Ponzi scheme.  Instead ofpromising 50 percent returns in 45 days, he promised 80 to 100 basis points permonth.[2]  It worked. Not only did it reduce the amount he had to pay out to investorsredeeming their investments, it discouragedthem from redeeming at all.  This was thesecret sauce of the Madof Ponzi scheme, and what allowed it to continue for solong.

The steady returns were seductiveand could be justified as in-line with historic returns, even if their consistentnature was a 100 standard deviation event (i.e. like getting hit by lighting 20years in a row, each time on your birthday).

The steady “returns” made theMadoff fund the last investment anyone would sell, and it worked until theGlobal Financial Crisis hit and Madoff investors redeemed en masse to meet their own cash flow needs when their other, non-Ponzi,investments were down 50+ percent.

I highlight the Madoff Ponzibecause the stock market has taken on many of the same characteristics.

In a Participant Ponzi, the participants play the role of the “fraudster”.[3]  They redeem earlier participants with theirown money and this keeps prices high, which encourages more people to becomeparticipants and reduces the number of sellers. This is the exact dynamic of the Madoff Ponzi.

In any environment, if the marketdeclines, it is because earlier participants are exiting and current buyers arenot able to absorb those negative flows. If there were no new inflows, the market would decline further and morepeople would exit, in a negative feedback loop.

However, in a ParticipantPonzi, the participants stand readyto buy stocks whenever the market falls. (The buy-the-dip philosophy.)  Overtime, this discourages outflows because sellers become accustomed to the dipbeing bought and know it is a losing trade.  If participants sell, they know they willjust have to come back in at higher prices later.

Investors participate in aParticipant Ponzi because they believe prices will continue to rise.  This thinking is rational because, like allPonzi’s, it has worked up until that point. What the participants don’t realize is that they are the reason the prices have continued to rise.  In this way, they are the unwitting“fraudsters”.

As long as early investors can continueto get out at higher prices, it works.  However, in order for a Participant Ponzi towork, a few conditions have to be met:

When these conditions above are met, the Participant Ponzi becomes self-fulfilling and all the forces align to propel the market higher.

There have been other ParticipantPonzi’s, most notably in sports franchises. In these investments, owners are often willing to suffer a negativecarry (in the form of ongoing operating losses) in order to realize capitalappreciation.[4]  Since sports franchises are the ultimatetrophy property, there are indiscriminate buyers, there have not been sustainedor extreme drawdowns in price, there are hard supply constraints (which theexisting owners control), and there is rationalization in that prices havealways risen.

However, there has never been aParticipant Ponzi as big as the one we are currently witnessing in the U.S.stock market.

In my next post, I will explorethe current Participant Ponzi and how it has developed.

[3] I am not here saying that investors are doing anything fraudulent or illegal, only that from a flow perspective, they play the role of the fraudster.

[4] See Aswath Damodaran, The Sporting Business: Value and Price;  Available at: http://people.stern.nyu.edu/adamodar/pdfiles/country/MITSportsPresentation.pdf;  Accessed May 13, 2019.  The percent of sports teams with negative EBITDA was 37, 3, 13, 37, and 20 for MLB, NFL, NBA, NHL, and European soccer, respectively.