The Participant Ponzi and the Basilisk Eye of the Fed

The Fed has shifted its basilisk gaze from the economic cycle to the credit cycle. 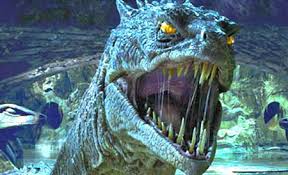 In my previous post, I outlined the necessary conditions for a Participant Ponzi to exist.  They include:

All these conditions are currently present in the U.S. equity market.

There can be no debate that there have been multiple sources of consistent, indiscriminate, buyers of U.S. stocks since the Global Financial Crisis.  They include:

None of these buyers are concerned about valuation:

Since February 2009, the S&P500 has been in a very narrow upward band, with low volatility.

Remarkably, after the initial recovery from the February 2009 lows, the Relative Strength of the S&P 500never dipped below 44.  The RelativeStrength is plotted in the bottom pane of the chart above.

The low volatility is the result of a volatility suppression regime orchestrated by the Fed, which has shifted its basilisk gaze from the economic cycle to the credit cycle.

The reasons for this decline are numerous: the SEC has increased the regulatory burden on small firms, low interest rates have facilitated sustained M&A activity, and venture capital has turned into private equity as startups delay IPOs and raise six or seven rounds of funding before going public.

The post-GFC bull market has been accompanied by a chorus of straight-faced and earnest market sycophants.  Traditionally, this seat has been occupied by empty heads on CNBC, but perhaps no one embodies this more now thanDonald Trump, who has come to use the stock market as a key metric for judging the success of his policies.

The primary rationalization in this cycle is that the national debt and deficits don’t matter.  This belief has been taken up by many serious economists, policy makers, and investors, including Warren Buffett in his 2018shareholder letter.[7]

While these commenters are technically correct that a large national debt and deficit does not automatically spell doom for an economy, it does serve as a capacitor for growth (which I have explained in detail in my blog post series on MMT).  Higher levels of debt reduce the capacity for growth.  This has been true for Japan, the U.S., and now China.

Also, I notice that BerkshireHathaway is sitting on $112 billion in cash. If the debt and deficits didn’t matter, that money would be deployed.  But it does matter, and UncleWarren can’t find any growth opportunities worth the risk.

The Role of the Federal Reserve

In normal markets there are investment alternatives which compete with the Participant Ponzi for capital.  The Federal Reserve has destroyed them.  For instance, when I started in the business in 1994, investors could get four to six percent from money market funds.  That was stiff competitions for 10 to 12percent offered by the stock market, where your investment could get cut in half.

Finally, the Federal Reserve has given the Participant Ponzi an intellectual underpinning and gravitas that it doesn’t deserve.

In my next post, I will examine how the current Participant Ponzi will end.

[1] I know that many firms have paid for stock buybacks out of their cash flow.  However, if they are at the same time borrowing to fund CAPEX and other expenses, they are effectively financing their buybacks.

[4] Source: Bloomberg.  The Move Index measures the volatility of U.S. Treasuries across the curve.

[9] The mere utterance of this phrase would have caused laughter 10 years ago, but Central Banks in Japan and Switzerland, among others, have come to be significant holders of equities.  For instance, the Bank of Japan now owns 77.5 percent of Japan’s ETF market, equivalent to 23 trillion yen of equity holdings.  See https://www.reuters.com/article/us-japan-economy-boj/kuroda-defends-japan-central-banks-etf-buying-sees-no-near-term-exit-idUSKBN1O602Q.