The truth goes through three phases: First, it is ridiculed. Second, it is violently opposed. Third, it is accepted as self-evident. 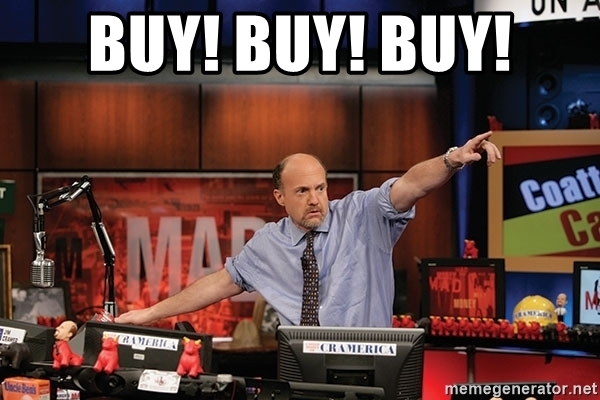 In this post, I explain how theU.S. equity Participant Ponzi could end.

The End of the Participant Ponzi

I believe we have entered that point in the U.S. equity Participant Ponzi.

When the dip is finally not bought and the market continues to decline, panic will ensue.  As the realization spreads that theParticipant Ponzi is over, the previously indiscriminate buyers will become current indiscriminate sellers and there will be a rush for the exit.  The gears will reverse, and instead of dips being bought, rallies will be sold.

Unlike a traditional Ponzi, theU.S. equity Participant Ponzi will not go to zero.  There are real assets and cash flows behind the U.S. stock market.  However, when the gears reverse, the decline is likely to be more pronounced than it would under normal circumstances.

After keeping the Fed Funds rate at close to zero for seven years, the Fed raised the benchmark rate to 2.5percent and has kept it there, despite much recent dovish interest rate talk.  In the past, periods of low rates followed by a long series of hikes and then a pause, have been followed by a sharp decline in rates, and frequently an economic recession (marked by the red bars in Chart 1, below).

Perhaps more important is the fact that the Federal Reserve continues to shrink its balance sheet.

In the chart above, it can be clearly seen that the S&P 500 (green line) ramps when the Fed is buying mortgage-backed securities and U.S. Treasuries (white line), and struggles to advance when the Fed is a seller.  While the Fed denies any connection with a straight face, it is there for everyone to see.  (The one exception is the 2017ramp, which was due to the Trump corporate tax cut.  A one-off event.)

Just as interest rates have not been lowered, the Fed’s balance sheet reduction continues.  The original $50 billion per month unwinding was changed to $35B per month beginning in May and will continue throughSeptember.  While this will only take theFed’s balance sheet down to $3.731 trillion, it is still significant.  For psychological reasons, if nothing else.

All this amounts to tighter financial conditions.  (Remember, when the Fed sells securities, it takes money in and puts securities out, effectively removing money from circulation.)

The Necessary Conditions Will No Longer Be Fulfilled

As discussed in my second post in this series, there are four necessary conditions for a Participant Ponzi to flourish.  They include:

Each of these necessary conditions will fall when the gears reverse. It will begin with a sharp and swift decline in U.S. equity prices, that does not immediately recover.  This will break the smooth uptrend of the market and change the market psychology.  Those who bought the dip on the way down will be punished, instead of rewarded.  The reflexive buying that has worked for the past 10 years will be replaced with await and see approach.

Further declines will be matched with additional selling as investors wake up to the paradigm shift in the market.  Those who hold will be punished, and will be likely to sell into any rallies, further suppressing the market.

Even though systematic buying in401(k) plans and other dollar cost averaging programs will continue, existing assets will be allocated away from equities and into bonds.  Also, in the second half of the year 401(k)participants begin maxing out their contributions, which further reduces indiscriminate buying.

Corporations that have provided a strong and consistent bid for their own shares will pull back, as their average price paid becomes higher than the current price.  They will want to buy at lower prices to bring the average down.  In short, they will become more price discriminate. Additionally, the lever of using debt to buy back stock will be broken.  Assuming the global economy is slowing, firms will have a hard time raising capital for buybacks and their own internal cash generation will be slowing, if not declining, from previous levels.

Index investors will almost certainly see their investments underperform active managers.  This is simply due to the momentum investment design of capitalization weighted indexes. The higher a stock goes, the bigger it becomes in the index.  For instance, right now the top four holdings of the SPY index ETF are: Microsoft, Apple, Amazon.com, and Facebook.  They represent 12.6 percent of the ETF assets.  This is an extreme overweight for an index with 500 names.

Supply has been increasing in the technology space as a stable of over 120 “unicorns” wait to go public.[3]  Those firms smart enough to IPO before the liquidity window shuts have not be rewarded. It is not clear that the other firms will make it.

Lyft and Uber have declined by 17.3and 8.33 percent, respectively, since their IPOs.

Finally, there are the rationalizations for the equity market advance and valuation.  These will die last.

Even as the market declines, CNBClick spittles will pound the table about how cheap stocks have gotten and how the market is overreacting.  Yet in their next breath, they will beseech the Federal Reserve to save the market with interest rate cuts and Quantitative Easing.

However, as Schopenhauer taught us, the truth goes through three phases: First, it is ridiculed.  Second, it is violently opposed.  Third, it is accepted as self-evident.[5]

Eventually, no one believes in the rationalizations anymore, as they are crushed under the weight of continuing market declines.  CNBC becomes populated by baleful faces, and the old roundelay “no one could have seen this coming,” rings out.   The asset flows have stopped and the narratives stop with them.

It is then, in the depths of the decline, that the new bull market is born.

[5] There is some debate about the origin of this quote.  See Jeffrey Shallit;  “Science, Pseudoscience, and The Three Stages of Truth”; March 28, 2005.  Available at: https://cs.uwaterloo.ca/~shallit/Papers/stages.pdf;  Accessed June 4, 2019.