The Philosophy of Digital Assets 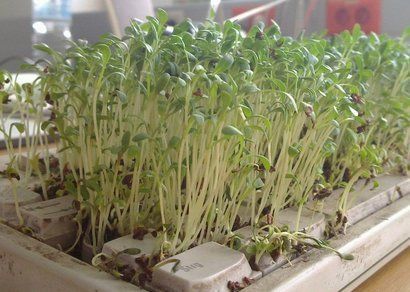 This is the first post in a series on the philosophy of digital assets.

You can listen to the podcast here or watch the YouTube video here.

There have been many threats to capitalism before, and they have either gone the way of the eight-track or have been subsumed into the capitalist apparatus.  Those threats were incremental, well understood, and easily folded into the existing infrastructure.

Cryptocurrencies are truly alien.  So alien that their appearance marks a paradigm shift that will transform economic, social, and political relations.  These structures have been relatively fixed since the last paradigm shift, when feudalism gave way to capitalism.

The previous paradigm shift started in the 10th century and extended into the 17th century.  The current one will be measured in years.

Surely this all sounds like hyperbole from some kind of crypto-truther.  However, a sober examination of the traits of cryptocurrencies reveals the extent of just how radical an innovation they are and how they will change virtually all aspects of modern life.

Some of these cryptocurrency traits include:

The speed of these things is much faster than anything previous because of the well-developed internet that it is built upon.  Internet adoption was incredibly fast, but web page downloads were incredibly slow. This meant that email was the only killer app to emerge from the internet for many years.

Today, high-speed internet access is ubiquitous (and 5G is well on the way), computing power has advanced exponentially and is available in the cloud for little cost, and machine learning/AI has gone from science fiction to science fact.

Changing Capitalism as we Know it

This is going to change capitalism, not the other way around.  Because of that, digital assets also have the very high likelihood of changing the economic structure of society.

We can call this “own-by-use”.  The own-by-use structure is built into many cryptocurrencies.

Let us define the various types of “users”, which include:

Here I want to focus on the first type of user, which is the most intuitive.

Under the own-by-use paradigm, capital is created by users and (at least some) value is captured by users. Everyone is a user of products and services and costs to be a user are generally nil.  (I'm thinking of the cost to be a user, such as a membership fee, not the cost of the goods or service consumed.)

This means individuals can influence the success of their own investments just by being a user and, if they choose, a promoter encouraging friends and family to also become a user of that cryptocurrency.  Think about Bitcoin, the sum total of the bitcoin advertising budget is zero.  It has grown by word of mouth and being promoted by its users.

If the Google search engine had been started as a cryptocurrency browser, it would pay its users for their data in Google's own currency, which could be used to purchase other Google products and services, exchanged for fiat, or held as an investment.

Alphabet (the parent company of Google) has a market capitalization of $1.61 trillion.[1]  If Google had been started as a cryptocurrency, some of that value would have accrued to Google search engine users.

This model has existed for a long time in the form of mutuals, where a company’s customers are its owners.  The most well-known of these have been insurance companies that paid out a portion of their profits to policyholders each year as “dividends”. However, there has been another mutual that has changed virtually every part of the investment industry: Vanguard.

Vanguard revolutionized investing by “paying” clients who purchased its funds in the form of lower fees. Excess profits are used to reduce fund management fees.  This is the single most successful business model in the history of Wall Street.

It is also the business model of many digital assets.

While all this is exciting for the possibilities of digital assets, these assets are, and will continue to be, extremely volatile, with 80 percent drawdowns not uncommon. Investors who have adopted an investment strategy of religious fervor towards digital assets, will likely get wiped out.

Indeed, I think it is possible that Bitcoin itself ends up being a minimum viable product that gets left behind by Ethereum and other cryptocurrencies that have an infinite amount of use cases and no real existential risks (compared to Bitcoin’s one use case and many existential risks).

I’ll have more on this in future posts in this series.

NOTHING IN THIS BLOG POST SHOULD BE CONSIDERED INDIVIDUAL INVESTMENT ADVICE.