The Timestretch of the Economic Cycle 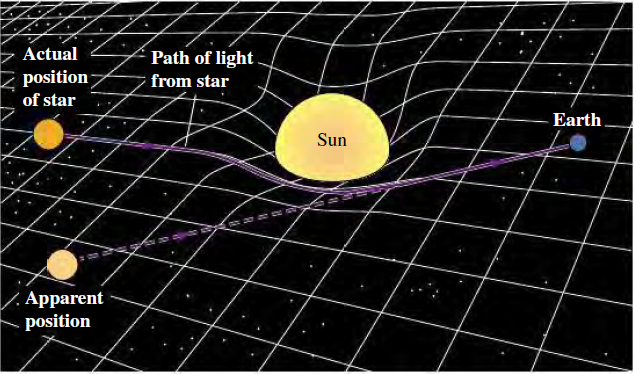 Like the Spacing Guild, central bankers the world over have bent the financial universe to their will.  The results have been spectacular.  If you were wealthy in 2009, you are almost certainly much more so at the end of 2019.

In this unprecedented decent into interest rate suppression, asset purchases, and the resulting stock market volatility suppression, there has been an unintended consequence, it has caused the periodicity of the economic cycle to become stretched.  In other words, global central bank intervention has altered the very fabric of the economic universe, time.

If this is true, we have likely entered the stagflation portion of the cycle, which could take five to 10 years.  This stagflation could have started in mid-2018.

I have written about the Pace Layer framework for thinking about the markets.  To review, small changes in the bottom Pace Layers can cause large changes further out on the continuum.  This can be visualized in the rotation of a blade on a windmill.  A small change in rotation at the axis can cause a large change in movement at the end of the blade.  This is the difference in rotational and linear velocity.

The most important price in any economy is the interest rate.  It is the part of the economic “blade”closest to the axis.  Central banks have taken up the dark art of manipulating interest rates all across the curve through setting the Fed Funds rate and undertaking massive asset purchases and liquidity injections into the banks.[1]  This has caused a rotation which has stretched the economic cycle and asset prices.

This has resulted in distortions in the economic cycle in general and equity prices in particular, the fastest Pace Layer.

Thus the normal five-year cycle becomes a 20-or 25-year cycle.  Importantly, the amplitude of the cycle doesn’t change, just the periodicity.

The period-but-not-amplitude distortion can be seen in comparisons of the current expansion to previous post-war expansions.  The economic cycle has become much longer but the amplitude of economic growth generated has been low.  Indeed, this has been the weakest economic expansion on record.

As can be seen in Chart 2, above, the current expansion has achieved less month-by-month real GDP growth than other expansions in all but a few of the early months.

As global growth slows, governments will seek to keep the party going.  Indeed, Fed Chair JeromePowell has unilaterally changed the Fed’s directive from price stability and full employment to “sustain the expansion”.[4]

As I have written about, the central banks have done all they can and are out of ammunition.  In the U.S., the Trump tax cuts in 2017 were a sugar high that has come and gone, now GDP is set to slow quite a bit in the fourth quarter of 2019 and beyond.

Slowing growth is the “stag” part of stagflation.

Governments the world over have one last bullet to fire, fiscal stimulus.  Ironically, it is the best bullet and should have been fired a decade ago.  As I have written about, this will take the form of infrastructure spending, which is desperately needed in the U.S. and Europe as well as emerging markets the world over.

In the U.S., all of our infrastructure needs either complete replacement or extensive renovation to modernize and make resilient to climate change.  Indeed, most U.S.infrastructure was built during the Wilson and Roosevelt administrations.

In Europe, they want to be free of Russian natural gas and to have clean energy.

These projects will cost in the trillions and are absolutely critical to each country's economic health and prosperity. They also help reverse wealth inequality, which is bad for incumbents of any party.

Stagflation is a classic late-cycle phenomenon:  after a long expansion, input prices rise, wages rise, and profits decline as producer's costs rise.  Producers, in turn, try to raise prices on their goods and services (cost-push inflation), but cannot pass all of the increased costs along.  The ensuing profits and profit margin declines cause the stock market to decline as p/e multiples contract.

Because of the time stretch dynamic discussed above, the stagflation portion of the cycle will be prolonged.  Where global central banks have been singing solo for the past decade, they will now be joined in a duet by their respective governments.  The governments will spend heavily on large civic infrastructure projects and the central banks will buy any unsold bonds to pay for it all.

In doing so, they will be able to “sustain the expansion”and they are happy to let inflation run as a consequence.  Indeed, the central banks have been bemoaning low inflation for years.

The investment implications of a prolonged stagflationary environment are profound, and the investment world is not prepared for them.  In particular, the high-duration trade could be over, both in equities and fixed income.

Low-duration equities (those with steady earnings and high dividends) could take the lead from high-duration equities (growth stocks with little to no dividends).  On the fixed income side, interest rates would likely trend sideways or rise as inflation increased, depressing bond prices.

Gold would be a winner as inflation rises faster than interest rates, causing a fall in real rates, and as government bond issuance hits new highs.

[1] Modern central banks have always controlled short-term rates, not long-term rates.  Also, they historically did so in a counter-cyclical way, to prevent excessive swings in either direction.  Now the mission is to extend the expansion at any cost.

[2] Not to scale.  Sine curve transformation is for illustration only.