The biggest problem with MMT is that debt is deflationary, not inflationary. 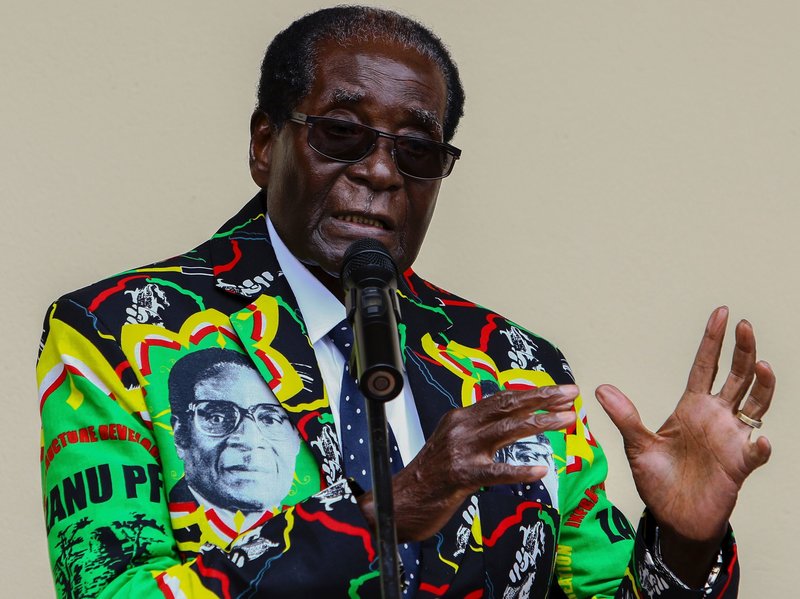 This post continues my series on Modern Monetary Theory (“MMT”).  You can find my previous post, where I explained how MMT works, here. In this post, I critique various parts of MMT theory.

This idea has been in circulation before.  Indeed, Walter Wriston, the CEOof Citibank, once went all-in on it. "Wriston's most remarkable achievement at Citibank was persuading Washington that lending money to governments in developing countries was nearly risk-free."[1] About these loans, Wriston notoriously said, "They're the best loans I have.  Sovereign nations don't go bankrupt."[2]

The truth, as anyone with even a passing acquaintance with history knows, is that countries have been going bankrupt from the beginning of time.

Of course, they don't go through a bankruptcy in the traditional sense of being liquidated and sold off for parts, but they do go bankrupt in the very real way of not paying back their debts.[3]   Alternatively, they can just turn their currency into Monopoly money by printing it to pay back the debts (which gives the exact same economic result after creditors convert the debtor’s currency back into their own).[4]

Wriston was disabused of his idea after a wave of "less developed countries" defaulted on their debts starting in 1982. Indeed, Citibank would have gone bankrupt itself if most of those defaulting countries hadn't been bailed out by the issuance of "Brady Bonds", which effectively put a U.S. guarantee on their debt.

Proponents of MMT would be wise to learn from Wriston’s hubris. Also, they should just take a look around. There are a number of countries that enjoy the privilege of issuing their own currency that are bankrupt. Zimbabwe and Venezuela are two standouts.  A few years back in Zimbabwe it cost $50trillion Zimbabwe dollars to buy a loaf of bread.[5]

Why?  In the words of Zimbabwean Prime MinisterRobert Mugabe: “Where money for projects has not been found, we will print it.”[6]  This is a fairly succinct summary of MMT.

More recently, the printing of money in Venezuela has had a similar effect with horrific consequences. The average Venezuelan has lost 24 pounds of body weight in the past year.[7] As it turns out, creating bolivars destroys food.

Proponents of MMT would surely argue that these examples ignore half of the MMT argument, which is that if inflation ensues from money printing, taxation (and other monetary measures)will take the money back out of circulation and bring inflation down.

MMT blithely assumes that inflation can be easily controlled by destroying some of the money via taxesand other mechanisms, such as raising interest rates and reducing the supply of capital to banks.

I don’t buy it.  Politicians love to bestow government largess upon the people. Imposing hardships like higher taxes and lower money supply?  Not so much.

Politicians haven’t made a decision to bite the bullet since the Nixon administration. Any belief that our current crop would suddenly find a spine is fanciful. They certainly haven’t been able to stop the government debt from increasing from $8 to $22trillion since 2005.  To most politicians,(and their constituents) the debt is a vague and distant threat. How will these politicians raise taxes, which is an immediate and universally understood negative for their constituents?

The truth is they won’t be able to do it.  As an example of how far it has gone, the Federal Reserve literally panics when the stock market declines a few percent off of all-time highs, and they aren’t even elected officials.

By believing that assets are only created by the government, MMT proponents want to give assets to the banks, or, in some versions, give it to people directly in the form of job guarantees/guaranteed income, or other transfers.

Under the give-it-to-banks version, the problem is that in a downturn, banks don't lend money to the smaller businesses that employee 80 percent of Americans. Instead, they lend it to private equity funds and hedge funds.  This creates asset price bubbles, not jobs.  (See: the last 10 years.) BeforeI get complaints that unemployment is at historical lows, consider that the economic and job recovery in the post-Global Financial Crisis was one of the slowest on record.  This slow-motion recovery happened during a period of record interest rate cuts and completely uncharted monetary stimulus.

While there can be some arguments about the need for unorthodox means in the immediate aftermath of the GlobalFinancial Crisis, there can be no argument that 10 years of it has been a success.

That’s a spectacularly bad trade.  For that cost, the government could have sent all the people who found new jobs to four years at Harvard and given them another $71,147 for beer money.[9]  (All of which would have stimulated the economy a lot more than the Federal Reserve’s Quantitative Easing.)

The give-it-to-the-people version of MMT (which is coming to a politician near you) is also problematic. It doesn’t create jobs either. It would stimulate the economy more because it would go directly to people who don’t save, instead of going into the stock market. This, in my opinion, is the strongest argument for MMT.  However, it would ultimately be another form of mal-investment.

The U.S. government should invest in productive assets like infrastructure, education, and health care. These are domestic industries that can’t be off-shored and they are labor intensive, which creates jobs.  Also, they are clear productivity enhancers, which helps increase GDP.

Debt and the Case of Japan

The biggest problem with MMT is that debt is deflationary, not inflationary. As anyone who has had a mortgage, student loans, or credit card knows, principal and interest due on debt is paid back from future consumption, and as the debt grows, it crowds out other (productive)uses of money.[10]

Thus, if MMT were truly applied, there will be no limitation on debt creation because inflation would be constrained by the (then) structural deflation. The result would be a permanently depressed economy.

In short, a country with more and more debt will experience lower and lower growth.

Japan is the poster child for debt deflation.  It has been experiencing it since its market collapsed in 1990. Basically,Japan refused to let the banks fail and created zombie banks. At the same time, it issued prodigious amounts of debt, most of which has been purchased by the Japanese CentralBank. Now 24 percent of the annualJapanese government budget goes to debt service.[11]

The result?  Average economic growth of… one percent.

Japan has been able to get away with their version of MMT because they are still the world’s largest creditor nation and have a 3.6 percent current-account surplus.[13] The U.S. is one of the world’s largest debtor nations, with a 2.5 percent current-account deficit and a 4.9 percent budget deficit.[14] Additionally, the dollar is also the world’s reserve currency, another extraordinary privilege that has supported the U.S.economy.

However, at some point, even Japan will have a "debt jubilee" where the debts are repudiated. This is an old remedy that goes back to theBible. While it's not clear that anyone practiced a debt jubilee in Biblical times, a resetting of obligations is contemplated in Leviticus 25:10:[15]

It doesn't really matter if it was practiced or not because the idea of a debt jubilee is already out there, under different names, such as “debt repudiation”.

Japan could just issue a 100Trillion Yen coin or some such and use it to redeem a lot of their debt (this is called debt monetization). Since the government owns most of it anyway, it is feasible.

If MMT really worked, it would have worked before.  Civilizations fromAncient Greece and the Roman empire onward have attempted MMT in various forms. It has never worked.  Not once.

As a quick example, the Roman denarius was originally almost pure silver.[16]  At the end of the empire, it was about four percent silver.[17] The debasement of the Roman currency coincided exactly with the decline of the empire.

MMT is appealing because it offers a seemingly cheap fix to the financial problems of a fading global hegemon. (Sound familiar?) I don’t blame people for wanting to hear such a message. Unfortunately, it’s a scam. Paying people their own money and can calling it a solution is a pure fraud.

[3] Some countries have had toliquidate their state-owned assets to pay off debts.  SeeNaomi Klein’s The Shock Doctrine.

[4] Occasionally,you'll get a twofer, like in 1998 when Russia defaulted on its debt and debased its currency.  However, such a belt and suspenders move isrelatively rare.

[5] Tinashe Mushakavanhu;Quartz Africa;  I was a quadrillionairein Zimbabwe, but could barely afford to buy bread; June 12, 2015; Available at:https://qz.com/africa/426925/i-was-a-quadrillionaire-in-zimbabwe-but-could-barely-afford-to-buy-bread/;  Accessed March 21, 2019.

[10] I’m here ignoring the ideathat government debts aren’t real because we can just print the money to paythem back.  It has never worked throughthe entirety of human history.