The Coronavirus Rally? It's a Fugazi.

The world has to go through a deleveraging process where assets are sold to pay down debts. It has only begun. 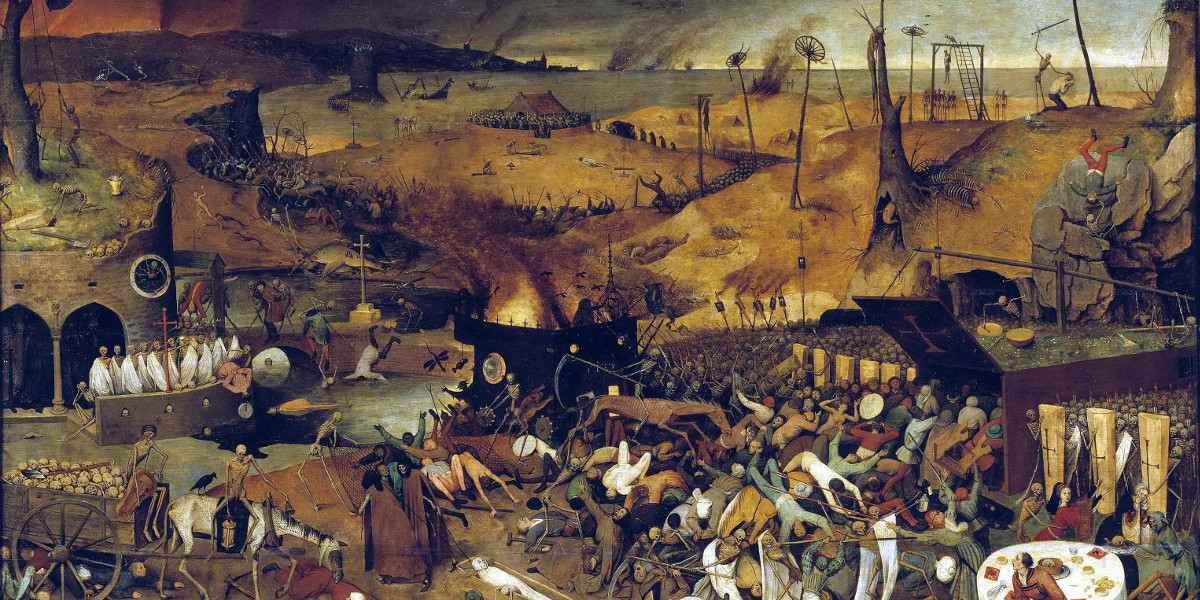 This is the third blog post in my series on the coronavirus and the related market impacts.

I've been asked by clients and friends what to make of last week’s rally in the stock markets.

What I make of it is simple:  it should be sold.

If you failed to get out of risk assets during the selloff that started on February 24th, you have a great opportunity to sell now.

This rally is a fugazi, straight out of the bear market playbook and it should be sold now, with no delay.

Don't believe me?  Riddle me this: can you name one 10-plus percent daily stock market rally that occurred in a bull market?  You can't, because it has never happened.  How about a 20 percent three-day move?  Same.

Violent equity rips only exist in bear markets.  I can remember multiple 10-plus percent rallies in the NASDAQ during the bursting of the tech bubble.  Every one of them presented a great selling opportunity during the NASDAQs epic 78 percent decline.

As can be seen in Chart 1, above, the NASDAQ experienced seven rallies of 13 percent or more during it’s nearly three-year decline.  Three of those were over 45 percent.

Many pundits and White House sycophants seem to believe this whole coronavirus distraction is just a one-quarter “blip” in the evergreen bull market/economic expansion, and everything will be back to normal in a month.

If that was the case, wouldn’t oil be rallying off the lowest prices since February 2001?  Likewise, wouldn’t10-year U.S. Treasury yields be rising from the lowest levels in history?  They would, but they are not.

Oil and bonds are putting the lie to this stock market rally.

Investors seem to be looking back to October 1987 or December 2018 in order to justify buying equities.  In1987, there was a sharp four-day sell-off that culminated with “Black Monday”,when the S&P 500 closed down more that 20 percent.  The difference is that the 1987 Crash was precipitated by the Fed raising interest rates and then perpetuated by crude“portfolio insurance” algorithms, which sold more shares as the market declined, creating a never-ending wave of selling.

The declines were man-made and thus easily reversed.

Likewise, in December 2018 the market sold off because the FederalReserve were raising interest rates and reducing balance sheet.

The market sold off until the Fed reversed on interest rates and then began stealth quantitative easing operations via repo lines with U.S. banks.

Again, it worked because the decline was Fed induced, therefore the Fed had the power to reverse it.

Needless to say, the current decline was not Fed induced.

In 2018 oil rallied with stocks and bonds steadied their decline.  That has not happened this time.  Oil is still collapsing and could go under$10/barrel.  Indeed, some producers arepaying others to take oil from them.[4]

Bond yields continue their march towards zero, signaling a deep recession or depression.

Investors may also be buying stocks based on the record $2 trillion in fiscal stimulus that will soon hit the U.S. economy.

The only problem with that is there is no stimulus in it.

A single person will get a $1,200 check from the newly-converted socialist Donald J. Trump around April 8th.

Not one dime of it will stimulate the economy.

These are expenses that would have been paid anyway.

In order to stimulate the economy, those funds would have to go towards discretionary items that normally would not have been purchased. Examples of those include: a new computer, washer/dryer, or a vacation.  No one depending on a stimulus check will be buying such durable/discretionary  goods for quite a while.

The same is true for corporations in line for government cheese.

Don't misinterpret me, I am not against the efforts to support individuals (the corporate welfare queens who have levered up for the past 11 years are another story) I only want to point out that these transfers are not going to kick-start the economy.

At best, they will support some of the unemployed people who most likely have no savings.

I read a lot of happy talk about a "V-shaped recovery".

Even if the coronavirus were to magically disappear right now, there has been deep and long-lasting damage to the global economy.

I don't think anyone has really understood how debilitating this is, and will continue to be, to the national and global psyche.

Consider the cessation of all professional and amateur sports.

This alone is a traumatic blow to the global spirit.  The lack of sports has removed a great joy from the world.

Darker is the increased fragility of the 99 percent.  Everyone knows the statistic that many of this group did not have even $500 of savings for an emergency.  What many do not know is that medical expenses are the number one cause of personal bankruptcy.

Well, we're in the midst of a global medical emergency.

When the coronavirus passes, as every other virus has, the spending propensity and risk appetite of individuals and businesses (large and small)will be greatly diminished.  How many workers and retirees will have drawn down their IRAs, 401(k)s, and other savings to keep the lights on?

The world will be in a balance sheet rebuilding exercise where spending is cut, debts are paid down, and savings restored.  This will be true for countries, states,corporations, and individuals.

Corporate America has spent the last 11 years leveraging its balance sheet to buy back stock.  Earnings growth has been non-existent in theS&P for the past one and a half years and debt to equity ratios have never been higher.

That sad state of affairs was before the coronavirus and it left corporate America ripe for a culling.  Now the corporate herd will be thinned.

As I have written about extensively, half of all corporate debt is rated BBB, the lowest investment grade rating.  Much of that BBB paper will be downgraded to junk status.  It is already happening with Kraft Heinz, Macy’s and Ford being early adopters of the junk mantle.  There will be hundreds more.

For the firms that do make it, higher borrowing costs will crimp cashflows at the exact same time when revenues are collapsing.  Earnings will decline precipitously and stock prices will decline to reflect that reality.

There are a number of interesting items in this chart.  The first is that corporate profits have been relatively flat since the end of 2011 (because the chart is on a log scale, the8.8 percent growth in profits is difficult to see).   However, the stock market continued to advance despite this paltry profit growth.

This stock market rally was just pure margin expansion, meaning investors were willing to pay more and more for the same dollar of earnings.

The extent of the S&P 500 disconnect from corporate profits can be seen in the ratio of the two (green line), which, as of year-end 2019, reached the lowest it had been since 2002.  This ratio will likely come back to more normal levels.  The average corporate profits/SPX ratio for the past 22 years has been 1.39.

Indeed, it has been over one except during the Tech Bubble and the“everything bubble” period beginning in 2016.

During the bursting of the Technology Bubble and the Global FinancialCrisis (“GFC”), the ratio reached 1.52 and 1.88, respectively.

As with any ratio, it can be altered by changes in the numerator or denominator, or both.  We will get both.  The numerator, corporate profits, will fall, but the denominator, the S&P 500 Index, will have to fall much further if the ratio is to come back to more normal levels.

Table 1, above, models three profit decline scenarios (Columns A-C)and three Profits/SPX Ratio scenarios (Columns D-F).  The results are sobering.  If U.S. corporations experience a mere 10percent profits decline (optimistic) and the Profits/SPX ratio merely returns to its 22-year average of 1.39, the implied level of the S&P 500 is 1,380, which is 47 percent lower than where the S&P 500 stands today.

During the bursting of the Technology Bubble, quarterly U.S. CorporateProfits declined by 12 percent.  During the GFC they declined by 40 percent. Something between the two is likely for the current decline.

Of course, deeper profit declines coupled with the Profits/SPX Ratio hitting the higher levels that occurred during the Tech Wreck and GFC would imply even lower levels for the S&P 500.

For comparison, even with the 22 percent decline in the S&P 500from the peak to Monday’s close (March 30), the Profits/SPX Ratio stands at 0.81, lower than it did at the end of 2019! This would imply significantly more downside for equities.

Conversely, if equities have indeed bottomed, it would suggest that investors have chosen to permanently disregard all economic and company fundamentals, including: earnings, cash flows, and debt levels, and instead have chosen to focus solely on the actions of the Federal Reserve and fiscal machinations of the U.S. government.

This may very well be the correct focus.  If an investor truly believes this, then the only intellectually consistent portfolio would be 100 percent in equities using maximum leverage to get more long.  (Pro tip: don’t do it!)

Governments will not escape the downgrade cycle either, with the UnitedKingdom, Kuwait, and South Africa having been downgraded already.  The U.S. had been running trillion-dollar deficits and now deficit spending has gone vertical.  The granary doors have been thrown open and the U.S. government is literally just giving corporations and individuals money.  Massive debt issuance will follow, increasing our interest expense at the same time revenues are declining.

All this makes a U.S. downgrade a virtual certainty.  (Although the ratings agencies will wait awhile to make it more politically palatable and to avoid government retribution.)

U.S. states and municipalities are facing the same declining revenues but with the added constraint of having to maintain a balanced budget.  They will also undergo a wave of downgrades, which will raise their borrowing costs.

Pension returns have been crushed by the Fed’s interest rate suppression regime in the post-GFC period.  Now the10-year U.S. Treasury is yielding 0.69 percent. Most pensions have an actuarial rate of 7.5 percent (the rate of return needed to meet their liabilities) and were already underfunded.

They couldn’t achieve their actuarial rate when the stock market was going up 20-plus percent a year and now it’s gotten much harder.  As I wrote about in my book, almost all pensions are heading for insolvency and eventually benefits will have to be cut.

Some seem to think that U.S. consumers were in great financial health and had rebuilt their finances since the GFC. That’s just plain wrong.  While itis true that every U.S. consumer no longer owns multiple investment properties while not having a job, they continued to lever up debt in every other way.

As can be seen in Chart 5, above, consumer debt per laborer has never been higher.

The world has to go through a deleveraging process where assets are sold to pay down debts.  It has only begun.

Investors have a chance to exit risk assets if they missed it before.  They should take it.